A 15-member European Parliament delegation will arrive in Dhaka in the middle of November to discuss Bangladesh’s politics, freedom of expression, and labour and human rights issues with politicians, business leaders, NGOs, and the media.

“This is an important European parliamentary delegation…though this delegation will actually look into the trade issues, but it relates to a host of other crucial matters,” a diplomatic source told the reporter.

The source said the delegation members would start arriving in Dhaka on November 13 and would begin its mission on November 15.

The delegation is expected to call on Speaker Shirin Sharmin Chaudhury, Commerce Minister Tofail Ahmed and other government officials.

The EU parliamentary delegation is also scheduled to meet BNP Chairperson Khaleda Zia on November 17 prior to warping up its visit.

The delegation has sought an appointment with Prime Minister Sheikh Hasina but the appointment has not been confirmed yet since Hasina might be abroad then. 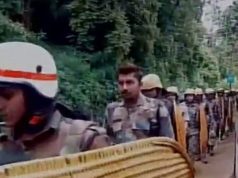