Even until a few days ago, nobody thought Donald Trump will be a US president in foreseeable future. But that situation is changing with every new event. Being accused of molestations by women one after another, Trump’s clownish image was getting worse. The tide suddenly turned when Trump accused Hillary of the biggest criminal scandal after Watergate, based on an FBI investigation findings on the private e-mail server just 11 days before elections, FBI Attorney Anthony Weiner reported to the Congressional Committee that new documents were found that might me related to Hillary’s private e-mail server and on this context, the investigation of this case can be re-opened. Trump stated that this e-mail scandal is unlike any other corruption before, and with this criminal background Hillary shouldn’t be anywhere near Oval Office.

On the other hand, Hillary Clinton demanded release of all e-mails and said she will get exemption from this acquisition like the one in July. But damage has already been done to her campaign. Before this new announcement, Hillary was leading heavily with averaging 5 percent lead. And now that scale is tipping toward Trump.  According to Bloomberg poll, Trump has three point lead over Hillary in Florida, one of the key area. Same in Ohio, and Trump is now focusing on Pennsylvania. Meanwhile, an expert American election observer and professor analyzed 13 key points and predicted that Trump will be the next president.  Over last 30 years, none of his “prophecy” or analysis was proven wrong hence important newspaper like The Washington Post published his details interview. This professor Allan J. Lichtman also predicted how Trump will win Republican candidacy which ended up being right.  On a similar note, one United States popular TV channel heavily covered about a prediction of Artificial Intelligence System developed by Indian descent , Sanjiv Rai.  According to the prediction, Trump will win by a larger margin than Obama’s win in 2008. It was stated that prediction of this system was correct for last three elections.

Right after these two widely circulated forecasts FBI reported the new evidence regarding e-mails of Hillary during her tenure as secretary of the state. These e-mails are related to Hillary’s personal associate Huma Abedin and her ex-husband Anthony Weiner who was a democratic candidate in New York city and a congressman. Weiner had conversations via email with a 14-year-old girl, which was the main reason of separation between Huma and Anthony and this ended up involving Hillary. The observer of US politics and elections is aware that such sensitive report by FBI is surely deeply rooted to bigger things. Probably influential state and international concerned parties don’t want Hillary to be the president. Events in next few days might also show that a person like Donald Trump will become the next president of United States.  People behind the curtain who are dictating the pace might also be responsible for this controversial image of Donald Trump. And this might be related to world politics after a new president is elected. After a new president is elected one of the most crucial parts of the US  policy will be South Asia.

This region will be the first to see China emerging as a super power and becoming the future rival of USA.  And the most important ally to restrain China influence, India is also in this region. Two important countries in this region are Pakistan and Afghanistan. There are more than 20,000 troops stationed in Afghanistan.  Apart from these, the US also has a special interest in Bangladesh and Myanmar. For obvious reasons,  South Asia will be a crucial part of president candidate’s foreign policy. As a former secretary of the state, Hillary knows anything and everything about US interest in this region. She will continue Obama administration’s policy here and accordingly protect the interest and policy of the USA with India as a strategic ally.

Trump is yet to specify his position regarding this matter. However, he talked about South Asia like his usual self. In an interview with a radio, he said, “Pakistan is probably the most dangerous country in the world. And only India can repel Pakistan. Pakistan is as major of a problem as North Korea, both of which have the nuclear weapons at their disposal. They also have a powerful military. I will work closely with India and reach an agreement to prevent Pakistan” .  Trump describes this as his goal in South Asia. Trump didn’t respond directly when asked if he wants to send American troops to Pakistan for nuclear weapon.

When a senator Hillary was the co-chair of Indian Caucus. Strategic ties with India were first initiated by the administration of Junior Bush which progressed heavily during Obama tenure. Hillary was secretary of the state at that time. John Kerry continued the same agenda.  The US maintained the same level of strategic relations with India in last two decades disregarding which party is in power mainly to nullify China’s influence.  Junior Bush officially stated India as the leader of South Asia and Obama repeated the same words during his visit to India. The US administration discussed or informed India about their policy in South Asian countries except for Pakistan. After the fall of Taliban in Afghanistan, all the reformation in the military, intelligence and infrastructure in the country involved India.

Hillary or Trump whoever is elected will most probably continue this policy. However, if trump gets elected he might be especially active against Pakistan because of his hatred towards Muslim. But due to his lack of knowledge about the current world situation Trump said he wanted to take steps against Pakistan with the help of India and then he said he wants to be the negotiator to resolve the Kashmir issue. Even though Pakistan always welcomed mediators, India refused third parties involvement. If Trump is elected the US policy will reform to some extent. Attitude towards Pakistan will somewhat be more aggressive.  Some gaps between Bangladeshi Hasina government and Washington administration will probably cease to exist. For this reason, Bangladeshi expats in the USA are also instructed to work for Trump. Coincidentally Israeli Prime Minister Netanyahu and Indian Prime Minister Narendra Modi are also expecting Trump to win just like Sheikh Hasina. 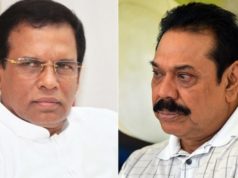 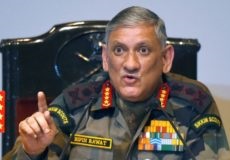