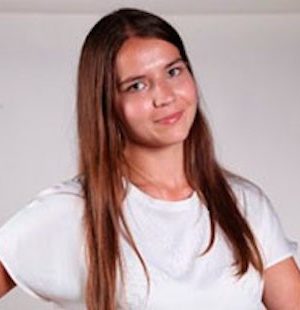 This month’s BRICS Summit in India has, like the previous summits, sparked a discussion among experts about the role of emerging powers in the international order. What is the impact of the more active
position of emerging powers on the world order? Will it lead to the
decline of the West? How will the balance of power change? Are we heading towards a system characterized by war and aggression, as predicted by neo-realist international relations scholars, or is a peaceful transition possible?

All of these questions are addressed in Oliver Stuenkel’s recent book, “Post-Western World: How Emerging Powers are Remaking Global Order,” published in September, 2016. Stuenkel, an assistant professor of
International Relations at the Getúlio Vargas Foundation (FGV) in São Paulo, has already authored a number of publications in which he
examines the impact of the rise of emerging powers - especially the BRICS - on the global order.

However, this book is particularly important given the current
situation in world politics and the evaluation of this situation by
political experts. The EU is going through a number of crises and the U.S.’s political future remains unclear, which raises concerns about
what will happen after the so-called “decline of the West”. The most common conception is that the norms and rules created and supported by the U.S. and its allies are threatened, and if it happens that the
Western-led order is modified, the future will be characterized by
chaos, disorder and disorientation.

Stuenkel’s monograph begins by challenging this conception and by pointing out that the interpretation of the present and of the future is in fact shaped by a Western-centric perspective.

By looking at reading lists for international relations courses in
both Western and non-Western universities, it is rare to find authors who do not take for granted the Western civilization as the starting point of world order and who do not seriously underestimate the role of other civilizations in the making of past, present and future
global rules and norms.

Events in European history such as the Peace of Westphalia are taken as the starting point of international order, as if nothing existed
prior to the “development” of Europe.

Stuenkel argues that Europeans, and later North Americans, developed a sense of uniqueness about their history, to the point where in the
minds of people from various parts of the world today’s global order has been shaped entirely by Western thought. The paradox is that even in non-Western parts of the world, Western-centric narratives are
adopted.

One tends to overlook the influence and contribution of other parts of the world to major international political concepts. This is why
Stuenkel seeks to present to the readers with a more balanced view of history and of the future global order.

The author sees the world order of the next decades as one dominated by two great powers: the U.S. and China. However, it will not
necessarily be one of irreconcilable conflict, as China does not
ideologically confront the U.S. and does not seek an open military
confrontation (at least for now).  Stuenkel argues that the future
system may evolve into an “asymmetric bipolarity”, where the U.S. will maintain military dominance, while China will be dominant
economically.

While it remains to be seen how exactly the order will evolve, it is
undoubtable that Chinese influence, and perhaps the influence of other emerging powers, will challenge the current superiority of the U.S. This, however, does not mean that we should expect instability, violence and war, as predicted by some neo-realist scholars.

In his analysis of the BRICS’ soft power, Stuenkel notes that the
potential of exercising soft power of each country in the bloc is
uneven and depends on the region. It is still difficult for emerging
powers to create their own news sources to broadcast all over the
world, to influence agenda-setting in international organizations, or to challenge the quality of Western educational institutions.

Overall, the West dominates in most aspects of soft power, but given the fact that economic power is a precondition for projecting soft
influence, Stuenkel predicts that China’s growing economy may allow Beijing to shape international affairs in the near future.

Stuenkel also dedicates two chapters to what he refers to as the
“parallel order,” namely the initiatives, institutions, and
organizations that will reduce the universality of the current
Western-led structure.

However, China and other powers are not openly challenging the current order. They seek to gain the ability to project their power
appropriately, by creating complementary sets of rules and norms. Some of these include the Asian Infrastructure Investment Bank (AIIB), the BRICS’ New Development Bank (NDB) and Contingency Reserve Agreement (CRA), China UnionPay, the Conference on Interaction and Confidence Building Measures in Asia (CICA), the Shanghai Cooperation
Organization (SCO) and China’s One Belt One Road (OBOR).

Also read: “Russia, China and the US need to work together in 2016”

While it is too early to assess the impact of these initiatives, it
cannot be denied that emerging powers - China in particular - are
active not only in the spheres of trade, finance and infrastructure,
but also in security and diplomacy. Moreover, there is no reason to
immediately consider these initiatives as a cause for conflict. Not
only could they be new platforms for cooperation, but they will also make the behavior of emerging powers more predictable by tying them to institutionalized rules and norms.

Finally, Stuenkel concludes by arguing that China and other emerging powers created these institutions not to overthrow the existing ones, but to be able to obtain the privileges that the West currently
possesses. If the U.S. and Europe have institutions in which they
undoubtedly hold the privileges, but are unwilling to reform those
institutions, why can’t other states create their own structures where they hold privileges and can influence the agenda-setting?

For now, China has been the most active in establishing new
institutions that will allow Beijing to select the fora it wants to
use according to its preferences. Even Russia, which is currently seen as one of the major critics of the West, has not been very active in
proposing a genuine non-Western alternative. Instead, Moscow has been setting up institutions such as the Eurasian Economic Union (EEU) and the Collective Security Treaty Organization (CSTO) with the purpose of having platforms where it can engage in global agenda setting. These are guided by similar rules and norms, but Russia has more benefits when working through these institutions.

According to Stuenkel, emerging powers will be able to engage in
“forum shopping”, choosing the institutions that benefit them the
most, just like Western countries are doing at the present moment. The recent BRICS Summit and India’s efforts to organize the dozens of intra-BRICS meetings during its presidency have demonstrated that this cooperation is not temporary, and that these countries continue
building and strengthening the “parallel order” that will allow them to choose among frameworks according to their national interests.

Read Russia Direct’s report: “BRICS 2.0 and the Metamorphosis of Globalization”

While presenting his research, Stuenkel explained that the book is
meant to be a starting point for research on how emerging powers and their “parallel order” will change international politics. In addition
to having provided material for thought on this subject, he rightfully argues that the discipline of international relations needs to adapt
to the gradual power shift and to step out of the Western-centric
circle.

The recent BRICS Summit demonstrated that the role of emerging powers in international relations and their perspectives of the world order
are not to be neglected.  For instance, experts often write about the “rise of China”, whereas in China some experts view the same
phenomenon as China’s “return to power.” Learning about these
differences of perspectives in more depth could be helpful, since, as Stuenkel points out, the perspective that is currently taught in
universities limits the world’s young experts’ and leaders’ capacity
to interpret the changes in global power in a more balanced way.