Slowly but steadily Bhutan is developing its relations with Israel. This is being done through agricultural training mooted out to Bhutan’s agro students by Israel. Israeli expertise on crop cultivation and agricultural technology may soon make its way into the emerald green terraces of South Asia’s “Forbidden Kingdom,” following the first-ever visit by a Bhutanese minister to Israel recently, report Jerusalem Post.

Despite the two countries not having formal diplomatic relations, Bhutan’s Agriculture and Forests Minister Lyonpo Yeshey Dorji, from the People’s Democratic Party, spent three days in Israel to witness the graduation of Bhutanese students from the AgroStudies apprenticeship program, and to visit a number of farms around the country in September this year. Another batch of 30 students are expected to reach Tel Aviv this December.

For the past four years, students have come for 11-month periods to partake in hands-on, advanced agricultural training, an opportunity that, according to Dorji, has led officials to understand the potential of and the “mutual interest” in further cooperation between the nations.

“This is more informal, but the doors are always open,” Dorji told The Jerusalem Post on Friday. “There are possibilities that diplomatic relations could be established.”

Independent throughout most of its history, Bhutan is a small, landlocked Buddhist kingdom in the Eastern Himalayas, sandwiched between India and China. It is about twice the size of Israel, but has a population of fewer than 800,000.

While Bhutan’s association with India has always been close, the country’s relations with China have been historically tense due to border disputes.

A largely isolated constitutional monarchy, Bhutan has official diplomatic relations with 52 countries and the European Union, according to its Foreign Affairs Ministry. The list does not include the United States or the United Kingdom, but does include Canada.

In the Middle East, Bhutan developed formal relations with Kuwait in 1983, with Egypt, Turkey and the United Arab Emirates in 2012, and with Oman in 2013.

In addition to its status as “the Forbidden Kingdom” – a title the country shares with the adjacent territory of Tibet – Bhutan is also known as “The Last Shangri-La,” an allusion to the mythical Himalayan utopia in James Hilton’s 1933 novel, Lost Horizon.

Dorji visited Israel this September for the graduation ceremony of Bhutan’s participants in the agricultural apprenticeship program. The program is run by the Israeli company AgroStudies in conjunction with the Foreign Ministry’s Mashav Agency for International Development Cooperation. Already in its 11th year, it has educated about 7,000 students from 20 countries, the firm’s CEO Yaron Tamir told the Post.

This year’s graduating class consisted of 1,500 students from 13 countries – of whom 21 were Bhutanese. Ten Bhutanese students completed the program in 2013, followed by 30 students in both 2014 and 2015. Another 30 are expected to arrive this month, Tamir said.
“The main purpose of this program is to take the students who just finished university and gained theoretical knowledge and bring them to Israel,” Tamir said. “They are building together with the Israeli experts business plans, in order to implement them upon their arrival to their countries.”

While in Israel, the students live on farms where they earn a salary and receive a laptop. To supplement their practical training they also take agricultural and economics courses.

Although the AgroStudies apprenticeship program is currently the only partnership activity between Israel and Bhutan, Tamir said he was pleased that Dorji’s visit enabled him to speak about establishing further cooperation with Agriculture Minister Uri Ariel and other officials.

“We discussed a lot of possible areas where we could collaborate in the future, like the technology in agriculture, such as irrigation, dairy farming and horticulture, all these areas,” Dorji said of their meeting.

The ministers also spoke about bringing Israeli experts in agriculture to Bhutan, particularly to help with citrus cultivation, dairy farming and irrigation, Dorji told the Post. Such an arrangement would occur in a government- to-government framework, he said.

However, even without any experts setting foot on the ground in Bhutan, Israeli agricultural savvy is already making its way into the South Asian kingdom by way of students who have completed their apprenticeship programs.

“With the program here, what they are doing is very practical,” Dorji said. “They literally work in the fields with the farmers, so they learn a lot through hands-on training. That’s what we require in Bhutan. We have been sending students for the last four years… and some of them have started their own business, and some are able to share their know-how.”

For Dorji, the program is an integral “part of connection building.”

“We are very thankful to the Foreign Ministry and AgroStudies for giving us a space so our students can learn the art of agriculture,” he said.

In addition to taking part in the AgroStudies graduation ceremony and meeting with Ariel and Foreign Ministry representatives, Dorji toured a number of agricultural sites around Israel.

Dorji said he also met with representatives of the FLY east travel company about increasing Israeli tourism to Bhutan. 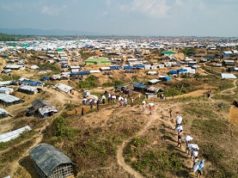 Rohingyas and the politics of crisis Thousands of people have lined the streets of Yangon to greet Pope Francis as he arrived in what is a momentous moment for Myanmar. The crowds were waving specially made flags which all carried the Pontiff’s key... More

Messages conveyed by the Islamabad standoff

The three-week long standoff in the Pakistani capital of Islamabad between the government and three radical Islamic groups ended on Saturday with the Security Forces using force to disperse the 2000 strong crowd. Two persons were killed... More

Time for India to wake-up to the other side of the...

Despite all the attention paid to the US president’s ‘new’ Afghan strategy and the role projected for India therein, Afghanistan’s ground realities, and the fact that the US can’t hope to fight and end the war, let... More QUAD back in Asia

US president Donald Trump began his presidency by howling "America First" at the top of his voice. State Department officials, who had conceived and developed Barack Obama's "Asia Pivot" were apprehensive that the US would go insular... More

The Nawaz Sharif episode shows that pervasive corruption has not only acquired respectability in a perverse manner in Pakistan but left to the National Assembly (NA), may even acquire legality. Political instability, poverty, unequal structure of society, unemployment,... More For three weeks people of Islamabad and Rawalpindi remained in a state of siege. The sit-in organised by the Tehreek-e-Labbaik Ya Rasool Allah Pakistan literally paralysed the... More 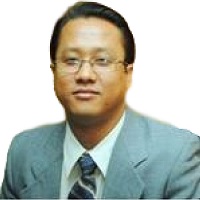 A country’s first international point of contact lies at its frontier, with its neighbors. Thus, having a “neighborhood first” policy is as basic as the pursuit of... More 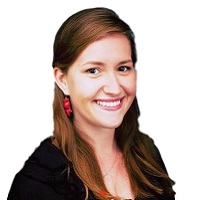 The F-22 mission in Afghanistan: Overkill or realistic training?

Three years ago, the F-22 Raptor made its combat debut in Syria. The idea was for the fifth-generation fighter to use its stealth technology to evade detection from... More 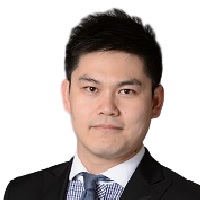 Three months ago, the new South Asia policy that US President Donald Trump laid out was a cause of much optimism in New Delhi. It singled out... More