Federalism is a system of governance in which a country is controlled by two or more levels of governments. The key feature of federalism is decentralisation of political power so as to establish a political order between multiple states and one centre. Generally, the centre controls the issues pertaining to foreign, monetary, defence and fiscal policies, and the provinces control the issues related to local governance. For a diverse nation like Nepal, federal arrangements are seen as a way to accommodate the aspirations of people comprising various ethnicities and having different languages and cultures.

One reason to implement effective federation in Nepal is to address secessionist tendencies. A lesson should be learnt from contrasting examples of India and Pakistan. Although India is ethnically, linguistically and culturally more diverse than Pakistan and has faced a few secessionist movements, it is still a united country. On the other hand, Pakistan’s policy of imposing its way on the Bengali people provided the raison d’être for the birth of Bangladesh, which could serve as a lesson for those who are still advocating, even if only subtly, the Panchayat policy of “one nation, one language and one dress” in Nepal.
Nepal as a centralised nation does not reflect its ethnic, cultural and linguistic diversity. The centralised political order was challenged by various groups like the Madhesis, the Tharus and the Janajatis, and the process to federate the country was initiated. The demand for federalism in Nepal must be seen in its historical context.
Federalism is a way to correct the discrimination against various ethnic groups. It may not be the panacea for all ills, but it is a life-saving drug for Nepal. It devolves power, resources and decision-making from the centre to the federal units and down to the local levels, thereby giving diverse constituents a stake in their well-being. Federalism is a conflict-resolution mechanism which works
to dissipate various societal tensions by giving all communities a voice in their governance.

Serious about inclusion?
After the first constituent assembly (CA), where the progressives were well represented, was dissolved, the parties that had historically opposed federalism and the idea of a constituent assembly prevailed in the second CA. The “majoritarianism of representatives” defeated the agenda of some sections of the country. While the political old guards initially issued party whips to require the representatives to vote for the constitution, they later tried to propagandise it to the international community as having the support of the majority, which does not reconcile with the reality of mass protests that ensued. They promulgated the constitution which gutted the previous agreements with various ethnic groups, and the Madhesis, Tharus, Janjatis and women started protesting.
The ways and means of protests can be debated, but the agenda was justified. Despite the mainstream media—dominated by members of hill upper caste—under-reporting the protests, they could not control the discourse. Even today, they prioritise the issues of Lokman Singh Karki, Dr Govinda KC, etc over the issue of constitution amendment.
This leaves a section of society uninformed about the agenda of the protesters.
Following the constitution’s promulgation, the subterfuge to bury the progressive agenda by manipulating words in the constitution was exposed by alternative media such as online-portals and social-media campaigns. The recent list of proposed ambassadors and judges is inclusive for sure, with one Madhesi, one woman, one Dalit and one Muslim, but not “proportionately inclusive”. Such deceitful actions have failed to restore faith that the establishment is serious about the agenda of inclusion.

More, not less The progressive demands of oppressed ethnic groups of Nepal have made the elites sceptical about power-sharing. There is a fair amount of insecurity in the elites. As former Chief Justice and Chairman of Council of Ministers Khil Raj Regmi remarked, federalism should be a meeting point of all groups. But the unwarranted fear of the elites is a hindrance to the meeting point envisioned by Regmi. The elites need to choose whether they want to follow the true spirit of federalism and accommodate the aspirations of historically marginalised social groups or further complicate the situation due to their insecurity about power-sharing. The ball is in their court.
Efforts to sabotage or hinder federalism might succeed in the short term, but they will trigger renewed protests, if not embolden secessionist movements. Now that federalism has been formally declared without taking the Madhesi, Tharu and Janajati groups into confidence, this unstable political order is bound to fail.
To quell the protests against the new constitution, the government used force and almost 60 people, mostly Madhesis and Tharus and some security personnel, were killed. The road to instil the true spirit of federalism into the Nepali elites’ psyche is uphill. But they would do well to view federalism as a way to devolve power and as a source of stability, not the opposite. Not only will federalism provide economic liberty to the provinces, it will also help preserve and promote their languages and cultures. As such, Nepal needs more federalism, not less. 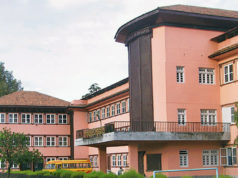