Home BHUTAN India plans to connect Bhutan via Int’l highway
SHARE
Facebook
Twitter
Having failed to take the regional road connectivity plan forward as expected, India is drawing another plan to connect Assam with Bhutan by constructing a new International highway.
In November this year, the upper house of the Bhutanese parliament National Council (NC) refused to ratify the regional motor vehicle agreement involving Bangladesh, Bhutan, India and Nepal (BBIN). The agreement was an initiative pushed by Indian Prime Minister Narendra Modi to boost road connectivity and trade among the participating countries.
The agreement, signed in Bhutan’s capital Thimpu in July 2015, will become operational only when all the four countries ratify it. India, Bangladesh and Nepal have already ratified the pact.
The Bhutanese NC was of the views that the regional road connectivity would create an unrestrained influx of vehicles and people which could dilute Bhutan’s culture and religion and possibly give rise to the crime rate in the region.
However, Indian media reported on Thursday that the Assam government is now in talks with the concerned Union Ministry to draw a roadmap for connecting India with Bhutan by constructing an international highway via BTAD [Bodoland Territorial Area Districts] area of the state.
Two rounds of talks have already been held between the state government officials and the Union Ministry in this regard, said a report by the Shillong Times, a local English daily of Assam.
On Wednesday, during a foundation stone laying program for a bridge over Bharola River the state chief minister Sarbananda Sonowal said that the proposed highway would improve trade and commerce between the two nations.

For whom the bell tolls

Monday July 10, 2017 will go down as a day of some consequence for accountability in Pakistan’s history, and maybe its destiny. The Joint Investigation Team (JIT) probing the PanamaGate case observed “significant gap/disparity amongst the known and declared... More

The 16th amendment of the constitution which empowered the Legislature to remove a judge of the Supreme Court was struck down against which the Government had appealed to the same court. The appeal was rejected too and the Legislature... More As the 90th anniversary of the founding of the Chinese People’s Liberation Army (PLA) is drawing near, the first oversea support base of the PLA in the East African nation of Djibouti was officially... More 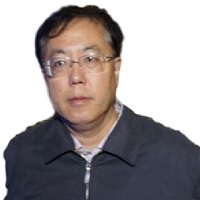 Connectivity is the first concept for having a full understanding of the Belt and Road initiative. The ancient Silk Roads set up land and sea trade passages connecting different nationalities and countries through slow... More Marriage made on earth

Two things I cannot banish easily from my mind: Prime Minister Benjamin Netanyahu’s remark that the marriage between Israel and India was made in heaven, and an article on Shylock in the latest New... More 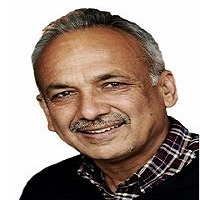