More than two months after the demonetization, Nobel Laureate and economist Amartya Sen says that any proper “economic reasoning could not have sensibly led to such a ham-handed policy.” He predicts that the demonetization will hit the economy quite drastically. In an interview with Suvojit Bagchi of the Hindu, Professor Sen spoke about the motives and impact of the move.

Q: We’ve seen the primary impact of the demonetization: long queues outside banks and shortage of cash. Now we are seeing the secondary impact, which is on the informal sector. Potato sowing in West Bengal is affected and some other businesses are collapsing. What could be the impact of all this?

A: What you are calling “the secondary impact” shouldn’t at all be surprising since the availability of money plays a very big part in facilitating business and trade. Particularly for small businesses (farming, for example), money is often used in the form of cash. In the long run, cashless transactions can perhaps be made into routine practice, through organization and training, but that would take time. To act on the presumption of instant learning and institutionalization is to place the hard-earned interests of many people without any connection to ‘black money’ in serious risk.

Most of what we now call cash is actually promissory notes, the emergence of which reflected a big advance over relying only on precious metals (like gold and silver). Promissory notes played a significant part in building up the financial backbone of industrial Europe. If in the 18th or 19th century, Britain had been demonetized suddenly, it would have devastated British industrial progress.

Given the underdevelopment of electronic accounts and transactions, big parts of the economy are similarly vulnerable. For many, especially among the poor, making efficient and correct use of electronic payments and receipts would remain difficult to master and the possibility of losing one’s money would be hard to avoid, especially given the shortage of infrastructure and the slowness of learning in using cashless transactions. The perplexing question is why some people — those who gave us demonetization — did not foresee that this would happen and even more perplexing is how the promoters of demonetization can be so blind even now to the overwhelming evidence of a crisis.

Q: Why has over 85 per cent of cash suddenly been taken out of circulation?

A: The Government of India seems to have been caught in a confusion of purposes. Demonetization has been seen both as a way of catching and eliminating ‘black money’, and as a way of moving towards a ‘cashless economy’. The former has gradually been replaced in the rhetoric of the government by the latter, which is not surprising as demonetization can make only a very small contribution — at a huge social cost — to the ‘black money problem’. This is because only a very small proportion of black money (it is estimated to be 6 per cent or so, certainly less than 10 per cent) is in cash. Most black money is in the form of precious metals and other assets in foreign accounts. The inconvenience and loss imposed with no black money (workers earning wages; small businesses doing trade or production; people, even housewives, keeping small savings) are much more acute than any benefit from catching relatively small amounts of black money. There are going to be huge job losses too, and the recent reports by All India Manufacturers’ Organization are beginning to show that serious job losses are already happening as a result of what London’s Financial Times has called “a dramatic drop in business in the 34 days since Narendra Modi… announced his plan to scrap 86 per cent of its banknotes.”

The unrealistic governmental expectation that the ‘black money problem’ can be solved, or largely removed, by demonetization soon became clear even to the government. Then the initially trumpeted objective of getting rid of black money through demonetization was suddenly changed into a very different objective — to leap rapidly into a cashless society. However, for such a structural change, much more time is needed, and the draconian measures — penalties installed in the hope of catching black money — are particularly ill-suited. The result has been a combination of chaos and widespread suffering rather than an orderly transition to a cashless society.

Q: Do you think there are political reasons behind the demonetization move? The elections are coming up, so that may have been one?

A: I don’t really know. Since economic reasoning could not have sensibly led to such a ham-handed policy, it is natural for people to suspect an explanation in terms of political advantages that the ruling parties were expecting to get. It has certainly given, at least for the time being, a great political image to the Prime Minister of being a huge fighter against corruption, even though the policy has done very little to achieve anything on that front.

Q: These 50 days of hardship will not take black assets out of the economy?

A: How could it? Only a very small proportion of black money (around 6 per cent, certainly less than 10 per cent) is in cash. How can cleaning up of 10 per cent, at most, of black money clean it all up? Even that 10 per cent is a huge overestimate, since the ‘black money dealers’ are much more skilled in overcoming official barriers than are normal honest people who are simply harassed — or made to lose their money — because of their lack of specialized skill in avoiding transaction barriers.

Q: If it is a bad policy, why do you think there haven’t been protests against demonetization yet?

A: The government’s publicity surrounding this inept move has been very strong. People have been told again and again that if you are against demonetization, you must be in favor of black money. This is a ridiculous analysis, but a readily exploitable political slogan. The persistent crisis created by demonetization is only slowly becoming clear in terms of hard statistics as well as in public perception.

The false perception of nobility and success can be held up through endless repetition of distorted ‘facts’ and propaganda. The truth may ultimately prevail, but the government might be able to maintain the loyalty of a large part of the public for a long time, certainly until after the U.P. elections.

It is worth remembering that the notorious Irish famines in the 1840s did not immediately cause serious public agitation against the government run from London. That happened only later — much later — but when it did happen, the understanding of blame had a huge long-run impact, making the Irish people deeply suspicious of everything that the government in London did. 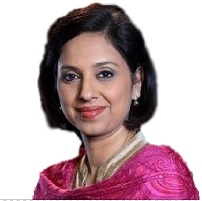 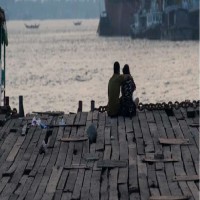