A free trade agreement between Bangladesh and Sri Lanka is currently being discussed to boost bilateral trade and the two countriesâ€™ governments will sign the agreement soon, Bangladesh Commerce Minister Tofail Ahmed has said.

â€œThe proposal is now being discussed at the secretary level,â€ he said after meeting Sri Lankaâ€™s High Commissioner in Dhaka Yasoja Gunasekara on Sunday, the Dhaka Tribune reported.

Tofail said the FTA deal would allow Bangladesh use of the Colombo port that would save three days for local importers or exporters.

â€œWe will be able to export pharmaceuticals, paper and cement at low import duties after the FTA is signed,â€ he added.

Despite the friendly relations, the bilateral trade volume between Bangladesh and Sri Lanka was just $ 75.45 million in 2015-16. Bangladesh imports from Sri Lanka were worth only $ 45.016 million as against $ 30.45 million in exports to Sri Lanka. Since 2012-13, the trade balance has been in Sri Lankaâ€™s favour.

Hajj made easy, by way of virtual reality 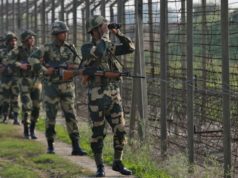 Complying with sanctions on Iran, India moves into US orbit

With India completely stopping purchase of Iranian oil, there is little doubt that India has jumped on to the US bandwagon of coercive politics. Washington has ratcheted up economic sanctions on Iran and is trying to push the latter’s oil exports to zero to force Tehran to give up its... More

Is the BJP making a case for President’s Rule in West...

The poll time violence in West Bengal, relentlessly covered in television networks and debated over special programs that often degenerated into name calling and shouting matches, has served a purpose. It has helped Prime Minister Narendra Modi draw an unfavourable comparison between violence-scarred West Bengal and insurgency-ravaged Kashmir. In one of... More Indian Opposition parties trying to unite to keep Modi out

Anticipating a fractured mandate, Indian Opposition parties, including the Congress, strong regional and caste-based parties and the much weakened Communists, are trying to cobble together a working post-poll coalition to keep the Hindu nationalist Bharatiya Janata Party (BJP) out of power. The most visible Opposition politician leading the 'stitch together'... More

The use of technologies and media gimmicks to tarnish the image of a person or a country has been around for quite a while. Fake news – telling plain lies or repeating unchecked reports from other sources - is one way to destabilize, frighten or otherwise put an individual... More

Aspects of one party dominated multiparty system in Bangladesh

Bangladesh is a multi-party political system, but the ruling Awami League’s presence in parliament is so overwhelming that it is functioning without any real opposition. In the election of 2018, AL’swin was More