(Exclusive):Many analysts and foreign businessmen fear that recent events in Myanmar have pushed the country to the verge of implosion.The assassination of the prominent Muslim lawyer, KoNi at the Yangon airport has sent shivers through the international residents, who fear further violence.

It has rocked the National League for Democracy(NLD) and increased divisions within the party. And of course it has serious ramifications for the government administration and the security apparatus. And it has once again brought the possibility of a military coup to the fore.

It has also further strained the relationship between the country’s top leaders: the state counselor Aung San Suu Kyi, and the army chief, Senior General Min Aung Hlaing. As this is a security issue it has tarnished the image of the army – and left civilian government with a series of dilemmas.

The brutal assassination of Ko Ni – legal advisor to the NLD and Aung San Suu Kyi herself — some two weeks ago has sent shock waves throughout the country. It was a high profile shooting in a very pubic place — at the Yangon airport — designed to attract maximum attention.

Although the actual killer has been apprehended – he was clearly a mercenary, who was paid for his services – little has emerged from the police investigation as to the motive and who was actually behind the slaying. Leaks and misinformation from the authorities point to a bungled inquiry.

Nothing is clear, including allegations that there were others at the airport with the assassin. But the police have only arrested two people so far – the shooter himself, who killed a taxi driver who initially tackled him and detained him. Little is known about the second person, but that he was involved in the assassination, in one way or another.

The accusative finger is being pointed squarely at the military because the lawyer was seen as one of the NLD hardliners pushing for immediate constitutional reform, and even advocating throwing the current one away – effectively written by the former military dictator Senior General Than Shwe and overwhelmingly passed in a sham referendum in 2008 — and starting from scratch. This is something, which is anathema to the military as they see the current constitution as sacrosanct.

But while the top military brass may have mistrusted and even hated Ko Ni, they have nothing to gain from his assassination – in fact the opposite, it sullies their name further and raises critical fingers about security and intelligence matters, which come under the mandate of the military ministers in the Cabinet, particularly the home minister General Kyaw Swe.

The top military hierarchy is too concerned about national security and stability to have tried to trigger this assassination and disrupt the fragile situation. Already the army’s image is taking a battering from their conduct in Arakan – at least internationally. They also have too much to loose internationally – with the army chief unashamedly reaching out to the West – especially Europe and the US.

Security around key political figures, government offices, official meetings and at the main airports has been tightened considerably. Foreign diplomats are also paying more attention to security. Some – the Japanese in particular  – even contemplated cancelling top level visits to the country, and preparing contingency plans for evacuation.

But two weeks on, this now appears to have been an isolated incident. “It was clearly a shot across the government’s bows,” a senior member in the President’s office admitted. Drawing red lines that should not be crossed – constitutional change. In the official statement released by the president’s office, it described the assassination as an attempt to destabilize the government and the country. Privately politicians and the political parties remained worried that the forthcoming bye-elections maybe marred by outbreaks of violence.

But Ko Ni’s assassination has also prompted both the NLD government and the military to focus on the future. For the NLD the issue is constitutional reform. Their deceased legal advisor pushed hard for the party to start a campaign to change the constitution immediately, even before the ongoing peace process had achieved any agreement on a Federal constitution. But there are others – including the most senior patron of the party Tin Oo, one of the founders of the party – who cautioned against too much haste, in case it upset the army.

This divide within the NLD has been heightened with Ko Ni’s assassination, with the hardliners adamant that the party has no option but to change the constitution as quickly as possible if they are to strengthen the transition to democracy and prevent any reversal.

The military for its part is also pre-occupied with the future. They will not take any move to reduce their power – guaranteed under the existing constitution — lightly. In fact the military top brass are convinced that they will have to take over control of the country to prevent it imploding. They are convinced that Aung San Suu Kyi’s government is failing, and it is only a matter of time when they will have to be the saviors.

Contingency plans have been drawn up to seize “administrative power”, which is permitted under the constitution if the commander-in-chief believes the country’s stability and security is in danger. But there would have to be major social unrest or an intensification of the civil war for that to happen. The military has several options, they are considering.

This includes dissolving parliament and establishing an interim government with a senior soldier in charge – even the commander-in-chief himself – or holding fresh elections as soon as possible. But the favored option is convincing Aung San Suu Kyi to hand over power to the army chief – perhaps on an interim basis — until fresh elections are held. This is what happened in 1958, when the then prime minister U Nu asked the military chief Gen Ne Win to run the country.

For the moment the ball is in the NLD’s court. What happens in the next six months will determine the direction of the country – strengthening democracy or a return to military rule. At the very least Ko Ni’s death has ushered in new era of uncertainty. 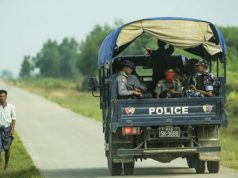 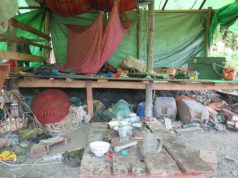