Many people are looking forward to the Six-party talks in Moscow this week and how successful it will be in ending the long-running war in Afghanistan. This is the first time that Russia, China, Pakistan, Afghanistan, Iran, and India all got together in trying to hash out a solution to the conflict. While some observers scoffed at the large number of independent players invited to the consultations and questioned whether anything could come out of such a meeting, others applauded the initiative for gathering all of the most relevant Eurasian stakeholders in one place and breathing new life into what’s bound to be a prolonged political process. One of the most intriguing ideas that had been floated prior to the Moscow Summit was de-facto recognition of the Taliban as a legitimate political actor and an indispensable on-the-ground force in fighting Daesh, though this hasn’t been without its share of wild Mainstream Media speculation and fear mongering.

India and Afghanistan may have an identical stance in this conference. The representative of Afghanistan indicated in an interview with The Hindu that they will take strong position against Taliban in this conference. Whereas four other countries agreed on bringing Talibans in the negotiation table in order to prevent a bigger threat like ISIS, India and Afghanistan still favoring to continue current state of the country. They have been opposing any kind of legitimacy or recognition of the Talibans.

In a report of Russian news agency Sputnik, it was mentioned how US media outlets started fanning the flames of hysteria at the end of last year by alleging that Russia had somehow decided to “ally” itself with the Taliban, deliberately misconstruing and incompletely reporting the words of Russian special envoy to Afghanistan Zamir Kabulov who confirmed that there was low-level contact between the two and had extolled the group’s present anti-Daesh function. The Western-produced fake news at the time was meant to coincide with an earlier Moscow Summit at the end of December between Russia, China, and Pakistan, which paved the way for the latest six-party meeting that just took place.

The report talked about the visible trend that’s been recently emerging is that the Tripartite Partnership between Moscow, Beijing, and Islamabad is expanding its conflict resolution functions to incorporate Tehran and New Delhi, two important countries which also have a deep-seated interest in Afghanistan. Noticeably, the US was excluded from both formats, showing that despite its prolonged military presence in the country, there doesn’t seem to be much enthusiasm in bringing it onboard this incipient process at this very moment. That’s not to say that the US won’t have a seat at the conference table sometime in the future, but just that right now, this is a Eurasian-owned framework which hopes to overcome the prior stalemates that occurred every time the US organized such talks and hopefully lead to a positive breakthrough this time around.

Organizers of the conference expressed their optimism about the success of this 6-nation conference, but in reality it will much harder to get a positive result and implement it. Trump administration didn’t announce their policy in Afghanistan, however newly appointed defense minister has hinted that they would continue previous administration’s policy. He even indicated that USA might send more troops to resolve the current situation. India and Afghanistan might reflect America’s perception in the Moscow conference. “Barbed wire is not conducive to connectivity”

(Exclusive): This was expected much before. West Bengal chief minister Mamata Banerjee... More

(Exclusive): On not so historic a day, the Supreme Court of... More

Picture this: China is steadily increasing its geostrategic presence in South,... More

Kashmir: the jewel in the crown of India’s secularism. In 1947... More

Under the Radar: Are Sri Lanka’s ports the next Great Game for...

Increased international interest in the Indian Ocean comes at a convenient... More

David Bergman, British investigative journalist based in Bangladesh, commented on a... More 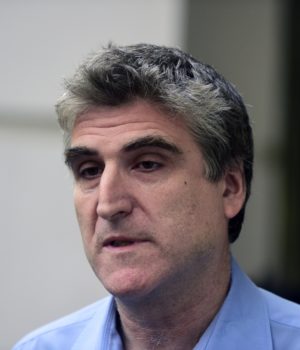 This week people in Myanmar were forced to confront the kind... More

Myanmar is currently in the throes of a massive humanitarian crisis.... More