AS the state struggles to contain and put an end to a continuing spell of violence, the military leadership has emphasised that Pakistan and Afghanistan must “fight [a] common enemy, ie terrorists of all hue and colour”. In comments attributed to Gen Qamar Bajwa by the ISPR, the army chief asserted in a security meeting that border cooperation and coordination between Afghanistan and Pakistan is essential. Gen Bajwa is also reported to have reiterated that “Pakistan and Afghanistan have fought against terrorism and shall continue this effort together”. The evident shift in tone of the military leadership from anger and the threat of unilateral action across the Pak-Afghan border to coordinated action against the mutual threat of terrorism is precisely the bedrock on which long-term policy needs to be built. The past is a clear indicator of the futility of unilateralism or the pursuit of policies by either country that the other does not support.

Clearly, a bilateral framework of cooperation must accommodate exigencies and there is an urgent need to address the current spate of violence inside Pakistan. As the Charsadda attack yesterday indicates, Pakistan is facing a wave of terror attacks that is reminiscent of the very darkest days in the long fight against militancy. The ebb and flow of militancy in the two countries requires flexible priorities and Pakistan is right in insisting that the anti-Pakistan militants who have found sanctuary in Afghanistan be targeted urgently. If Afghan security forces or the US-led foreign military contingents are unable to act decisively against them, then Kabul should consider allowing Pakistani forces to operate in the border regions where those militants are believed to have found sanctuary. What Pakistan should be mindful of is to not conduct operations, especially putting boots on the ground, in Afghan territory without Kabul’s consent. Difficult as the border region is, mutual respect for territorial integrity and sovereignty must form the basis of a common policy against terrorism. From US drone strikes to the raid that killed Osama bin Laden, Pakistan has always publicly protested any incursions into its terrain. It does not behove authorities here to deny Kabul even symbolic control over Afghan territory.

Unhappily, the Afghan government led by President Ashraf Ghani does not seem eager to heed the advice and take up the offer of Gen Bajwa. In comments in Germany recently, Mr Ghani appeared to cling to a sceptical view of Pak-Afghan ties rather than reach out to Pakistan in its hour of grief. But the same ISPR statement on border cooperation notes that the “COAS also welcomed recent proposals from Afghan authorities”, suggesting that perhaps Mr Ghani and his advisers have been more open to mutual cooperation in private. If so, the emphasis should be on the cooperative steps that can be taken along the Pak-Afghan border.

Over the past few months, with the deterioration of relations between Pakistan and India, there has been a renewed interest in the Indus Waters Treaty (IWT). Statements made from India seem to indicate a... More 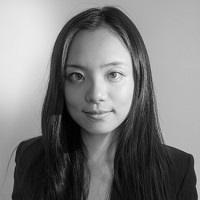