The nuclear arms race has been intensified once again in South Asia with arch-rivals India and Pakistan carrying out tests of nuclear-capable missiles and making war threats against each other. Indian declaration about continued military strikes inside Pakistan has further contributed to escalating the race.

The preparedness of India and Pakistan for war was described in details in a recent article by the wsws.org, an online news portal on strategic issues. The article pictured about how aggressively India has been expanding its arsenal since the Uri attack.

In January, Indian army chief General Bipin Rawat, for the first time acknowledged the existence of the Cold Start Strategy for the forces he is leading. His acknowledgment appeared to drop a bombshell as Delhi still had been preaching its policy of “strategic restraint.”

In September last year, the attack on Indian army base in Uri in Indian-administered Kashmir was one of the deadliest in years killing 18 soldiers.

Indian and Pakistani armies have been exchanging artillery and gunfire across the LoC almost daily since then. While the cross-border firing has now abated, relations between South Asia’s nuclear powers remain tense and both countries have stepped up their war preparations.

According to Indian press, India has spent more than US $3 billion since September on emergency arms purchases from Russia, Israel, and France. The purchases include ammunition, engines and spare parts for fighter jets, armour-piercing rockets for battle-tanks, and anti-tank missiles. The ammunition and parts are supposed to ensure that India has the capacity to wage at least 10 days of “intense fighting.”

According to the website: India’s Hindu supremacist Bharatiya Janata Party (BJP) government has effectively frozen all ties with Islamabad since the September attack. In a statement to the Indian parliament earlier in early February, External Affairs Minister Sushma Swaraj said India’s policy is “no dialogue until peace.” That means no resumption even of India’s frosty relations with Pakistan until Islamabad demonstratively curtails support for the Kashmiri separatists.

Flexing its nuclear muscles, India carried out back-to-back tests of two nuclear-capable missiles in December and January. The first, the Agni-V was added to India’s rapidly expanding nuclear arsenal. The Agni-IV was test-fired in January. Now, India claims to have the capacity to strike all major Pakistani population centers and military installations.

India announced last year that it had completed the development of a “nuclear triad”—the capacity to launch nuclear weapons from land, air and underwater. In August, India commissioned its first nuclear-powered ballistic-missile submarine, the INS Arihant. Earlier last year it successfully tested a submarine-launched ballistic missile the K-4. India has a second nuclear submarine currently undergoing sea trials and two others are under construction.

Islamabad responded to India’s latest Agni tests by staging its own tests of missiles capable of carrying nuclear warheads, the Babur-3 and the Ababeel. On January 9, Pakistan successfully tested Babur-3 from an undisclosed location in the Indian Ocean. The underwater-launched cruise missile is designed to hug near the sea and land so as to escape detection.

Babur-3’s maiden test was seen as a “measured response to nuclear strategies and postures being adopted in Pakistan’s neighborhood.” It gives Islamabad a “second strike capability.” That is the ability to mount a devastating nuclear strike even if an enemy “first-strike” has destroyed all of Pakistan’s land-based nuclear facilities and incinerated much of its population.

On January 24, Pakistan announced it had successfully conducted its first-ever test of the Ababeel, a nuclear-capable intermediate ballistic missile. It is designed to carry multiple nuclear warheads and has the capacity to engage multiple targets with high precision, defeating the enemy’s hostile radars, claims Pakistan army.

Both India and Pakistan are also proclaiming their adherence to aggressive military strategies that increase the prospect of war and of any war becoming a nuclear conflict.

The wsws report said, within days of General Bipin Rawat becoming India’s new army chief last month, he boasted about India’s readiness to fight a “two-front war” against Pakistan and China. Cold Start has been viewed as provocative by experts. It also is aimed at ensuring India can strike before other powers intervene to try to defuse an Indo-Pakistani war crisis.

Shortly after Rawat confirmed the Indian military’s adherence to Cold Start, India announced it intends to expand its tank deployments along the Pakistan border. According to Jane’s Defence Weekly, India will deploy 460 new Russian “main battle tanks” to the border states of Rajasthan and Punjab, where India already has a massive force of between 800 and 1,200 battle tanks.

In all, the two South Asian countries India and Pakistan are sitting on a big pile of explosive. A major catastrophe is just a little spark away. 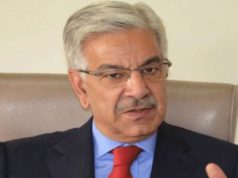 The Annan Report on Rohingyas and fresh extremism...

The Annan report commissioned by the UN didn’t impress Myanmar authorities much. Immediately in its wake came a series of clashes in the Rakhine state leaving scores dead and a fresh surge of refugees to Bangladesh.  Myanmar officials reported... More

Myanmar’s western state of Rakhine erupted into violence on Friday, leaving the government’s efforts to find a solution to the communal tension there in tatters. Insurrection and arson engulfed large areas around Maungdaw and Buttidaung. More than 30 police... More

In contrast to the previous Mahinda Rajapaksa regime, the current dispensation in Sri Lanka headed by President Maithripala Sirisena and Prime Minister Ranil Wickremesinghe, is not blessed with political stability and a single chain of command. Given the resultant confusion,... More

Trump flogs the dead horse of “winning” in...

The new Afghanistan strategy is yet another expression of the US resolve to keep Afghanistan militarily occupied in the name of “terrorism.” Warmongering is as self-defeating as it has always been. Only a full withdrawal can serve the cause... More

The debate about whether Myanmar needs development more than democracy seems to have gained some traction in recent months, partly due to the lacklustre performance of the Aung San Suu Kyio government and somewhat due to a recent survey of Myanmar... More

And so, after 15 long years, the law has finally caught up with Baba Gurmeet Ram Rahim Singh. He will spend the next two decades behind bars... More On August 21st, in front of an audience of military personnel gathered at Fort Myer, Virginia, President Donald Trump announced a new strategy for dealing with the... More 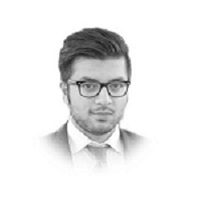 President Donald Trump has finally found time from the internal White House crises and racial tensions within the United States to address a much-awaited cornerstone of his... More

South Asian Monitor wishes all its readers and well-wishers Eid Mubarak. May the joyous occasion of Eid-ul-Adha be filled with happiness and peace for you and your loved ones.

On the occasion of Eid-ul-Adha South Asian Monitor will remain closed from August 31 to September 03 We regret any inconvenience this may cause.