Founded in 1955 by Turkey, Pakistan, Iraq, Great Britain and Iran, the Baghdad Pact was a pro-Western defensive organisation meant primarily to prevent the expansion of the Soviet Union in the Middle East. The US which had husbanded the creation of this Pact became an associate member in 1959. In 1958 Gen Karim Kassim overthrew the monarchy in Iraq and withdrew from the Baghdad Pact in 1959. Renaming the Pact as Central Treaty Organisation (CENTO) the other signatories moved its headquarters to Turkey.

Guaranteeing collective defense for its members, CENTO over time became more of a channel for economic and technical cooperation than a military alliance. CENTO’s pro-Western leanings caused to be viewed with suspicion throughout the Middle East. India took the lead in being the Soviet Union’s primary surrogate in concerted opposition and protest against CENTO (and SEATO)j, mainly though the platform of the Non-Aligned Movement (NAM). Long-term regional interests motivated Iran, Turkey, and Pakistan to actively operate more indepen¬dently from Britain and the US. In July 1964 the Regional Cooperation and Development (RCD) was established to strengthen their socio-economic development and accelerate pace of development in the region.  Trading activities in the initial years remained slow due to a number of financial, political and administrative difficulties.   The total volume of trade remained only 2 percent of their aggregate GDPs. RCD was dissolved with Iran’s withdrawal after the 1979 Iranian revolution. Through an initiative by Pakistan, Iran and Turkey, the Economic Cooperation Organisation (ECO) was established in Jan 1985.  This was expanded in 1992 to include Afghanistan, Azerbaijan, Kazakhstan, Kyrgyzstan, Tajikistan, Turkmenistan and Uzbekistan. However conflicts among the countries stymied the pace of progress.

As a single market for goods and services on the pattern of the European Union (EU) ECO’s objectives are (1) Promotion of sustainable economic development of member states and raising the standard of living and quality of life of its people (2) Promotion of regional cooperation in economic, social, cultural, technical and scientific fields (3) Progressive removal of trade barriers and expansion of intra-regional trade (4) Development of transport and communication infrastructure (5) Economic liberalisation and privatization, etc.  Having rich natural resources, cultural affinity and territorial contiguity ECO states can bring benefits to the entire region. However the results in the last 32 years have been extremely dismal.

The 13th ECO Summit in Islamabad was held after nearly five years. The lack of either appropriate infrastructure and/or institutions providing sustainable development remains a challenge. With intra-regional trade at 8% of their cumulative external trade, the revised target is to increase it to over 20% by doubling intra-regional trade in the next five years through implementation of Trade Agreement (ECOTA) and other trade arrangements. With Shia Iran, Sunni Turkey, Pakistan predominantly Sunni with a large Shia population and all the other member states being muslim makes for a good Islamic alliance. ECO’s geo-strategic location provides ideal opportunity in developing transport and communication facilities, the shortest trade and transit route to Europe.  Some members do have problems and outstanding issues with each other but these are all negotiable politically.

Issues between Pakistan and Afghanistan do exist, are they serious enough to hamper ECO’s progress? Afghanistan must know who its friends and foes are. Can any nation on its periphery benefit from turmoil within Afghanistan? Moreover the Islamic State (IS) is getting increasing traction in Afghanistan. Without Pakistan’s help to eradicate IS, albeit in mutual interest, the Kabul regime would wish for the Taliban. Afghanistan blindly and faithfully follow India’s dictates, not participating at Head of Govt level in the Islamabad Summit was not in their interest. Pakistan cannot keep on turning the other cheek to Afghanistan’s diatribes and machinations against Pakistan despite the 3 million refugees on our soil. While in the Afghan Transit Trade Agreement Pakistan does not charge any fees, Afghanistan demands fees in advance for transit of Pakistani goods to Central Asia. At a prestigious think tank meeting in NY a few months ago I was subjected to dripping sarcasm by a former senior Indian foreign official when I suggested not only  a future nexus between Russia, China and Pakistan but a future for ECO. With Russia and China now in clearly sync with Pakistan, the Kabul regime (and India) must wake up to reality. Incidentally the Chinese participated as observers in the ECO Summit through their Vice Foreign Minister, Zhang Yesui.

The rationale for regional cooperation is not merely economic; it is also political and socio-cultural. The Islamabad Declaration caps the successful capitalising of the China-Pakistan Economic Corridor (CPEC), hailed as a game-changer for the region.  The connectivity already existing needs improving between the members countries through air, sea and land Cross-border infrastructures like the RCD Highway, Gwadar Port, etc provide regional connectivity and related benefits such as reducing cost of production, transportation, multiple opportunities of doing business thereby addressing issues of unemployment, etc. PM Nawaz Sharif specifically mentioned energy as a possible avenue to explore. While ECO and CPEC are catalysts for development and prosperity in Afghanistan, India has no role in Afghanistan except to create a second front against Pakistan. Continued Afghan obduracy may force China and Pakistan to use the alternate route through Kyrgyzstan for Central Asia.

The Islamabad Summit frustrated those who wished to isolate Pakistan and tarnish its image internationally. PM Mian Nawaz Sharif and his govt must be congratulated for this very successful initiative. A basketful of kudos must also go to Sartaj Aziz for his untiring work, both in public view and behind the scenes, to forge a workable consensus. And let us not forget Ch Nisar Ali Khan for ensuring a secure environment despite the recent challenges. Spare a thought for the military for providing foolproof security cover.

With both China and Russia having vital stakes in the region, ECO has the potential of developing into a powerful political alliance. The meeting of President Rouhani of Iran and PM Erdogan of Turkey on the sidelines was a tremendous development, made possible by Pakistani diplomacy a la Sartaj Aziz. The armed forces of ECO nations are strong, stable and dynamic in contrast to that of many other Muslim countries viz Iraq, Syria, Egypt, Yemen etc being either non-existent, or in turmoil themselves or over-stretched having to face and fight off constant threats. To quote PM Mian Nawaz Sharif, “The successful holding of the Summit is a manifestation of the desire and commitment of the member states to transform the ECO into a vibrant regional bloc and quite possibly a real Islamic Military Alliance.”

(The writer is a defence and security analyst). 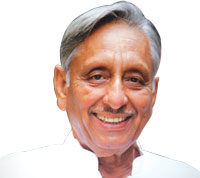 US disburses $550 million under CSF to Pakistan