“This is a fascinating and detailed article about India and its BNP/AL relations over a number of years, and is really worth a read. However, at the same time there are problems in accuracy and analysis in the only section I am able to judge. The article states: “If BNP, which stood a great chance of winning the polls [in 2014], did not participate and resorted to massive street violence, it was their leader who snatched defeat from the jaws of victory. Khaleda Zia, possibly on Mozena’s advice, played her cards wrongly.” The problem with this is that whilst the polls certainly did show the BNP had a better than good chance of winning a free and fair election, every independent commentator would say the same thing that the AL government would never have allowed it to happen. The BNP’s choice was either to take part in the elections, and be defeated by rigging or to not take part (and play for subsequent advantage on the ‘illegitimacy’ of the government). This was therefore not “snatching defeat from the jaws of victory”, the BNP had a choice between two kinds of defeats. (Bhowmik though is right to conclude that the choice taken by the BNP was the wrong one; whatever the justice of the matter, if not at the time, certainly in hindsight, it is clear that it would have been better for both the country and the BNP for it have taken the ‘fixed’ electoral defeat than non-participation in the elections.) In addition, it seems highly improbable that US ambassador Mozena would in any way have suggested to Khaleda (or anyone in the BNP) that the party not take part in the elections. Whilst covering the elections, I never heard any suggestion that the US government supported a BNP boycott.” China is working on the largest infrastructure endeavor in human history

No great power is complete without troops, warships and missiles sprinkled around the planet. Now China is squeaking into an exclusive club — joining America, Russia, France, and few others in operating at least one... More 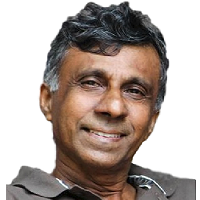