An Afghan official says eight police have been killed in attacks on three checkpoints in southern Kandahar province.

Zia Durani, spokesperson for the provincial police chief, said on Thursday the Taliban attacked police checkpoints overnight in the districts of Khakrezm Arghistan and Nasheen.

Durani says 22 Taliban fighters were also killed in the attacks. The fighting was particularly fierce in Nasheen district, he says.

Elsewhere, in western Hirat province on Thursday, a Taliban gunman attacked an army bus, killing one officer and wounding two others, according to Jilani Farhad, spokesperson for the provincial governor. 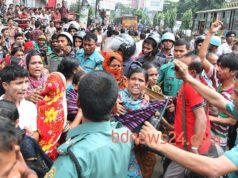 UN: Myanmar Must Enable Women’s Entry Into the Workforce 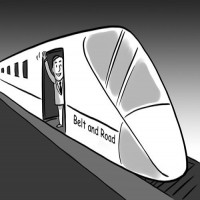 EID MUBARAK
South Asian Monitor wishes all its readers and well-wishers Eid Mubarak. May the joyous occasion of Eid-ul-Fitr be filled with happiness and peace for you and your loved ones.

HOLIDAY NOTICE
On the occasion of Eid-ul-Fitr, South Asian Monitor will remain closed from June 24 to June 28. We regret any inconvenience this may cause.