With India completely stopping purchase of Iranian oil, there is little doubt that India has jumped on to the US bandwagon of coercive politics.

Washington has ratcheted up economic sanctions on Iran and is trying to push the latter’s oil exports to zero to force Tehran to give up its regional ambitions and scale down its military activities.

Although Indian officials recently told Iranian officials that the actual decision would be for the new government to take after the conclusion of India’s parliamentary elections, there is little or no chance of India’s resuming purchase of Iranian oil in the foreseeable future.

At the same time, India will have to manage its relations with Iran in a way that doesn’t shatter its dreams over the Chabahar port.

The fact that Iran’s Foreign Minister had to pay a visit to India at a time when the incumbent government’s days are numbered and a new government is to be formed, throws light on the sense of urgency prevailing in Tehran and how deeply bewildered it would have felt about India’s decision to completely stop buying Iranian oil.

As a matter of fact, the decision is nothing short of a betrayal given that India had only months ago, committed to continuing to buy oil from Iran, ignoring US sanctions.

India’s decision is nothing short of capitulation to the US for there is hardly any doubt that Iran’s oil saved India a huge amount of money. Yet India has stopped buying it and hasn’t made any advance orders either. It has been buying oil at rates substantially lower than the actual market rate.

However, since India has now decided that it is in no position to challenge the US, it will be forced to spend much more on oil—something that would have significant economic implications.

But the fact that this decision has been taken and other considerations have been set aside, speaks volumes about India’s rapid descent into the US camp.

The US wants a lot more from India. A recent report in Hindustan Times said that the US is already putting pressure on India to cancel a proposed deal with Russia for the buy the S-400 missile system and instead buy the US-made THAAD and PAC-3 systems.

This, according to the report, the US wants in order to make India comply with US sanctions against the Russian arms industry.

According to a recent report of Stockholm International Peace and Research Institute (SIPRI), India has already cut its dependence on Russian equipment, bringing it down from 78 per cent between 2009 and 2013 to 58 per cent between 2014 and 2018, switching to the US to fill the gap.

Accordingly, India’s arms purchases from the US have gone from zero some years ago to US$ 18 billion. THAAD and PAC-3 will fit in better with other American equipment that India has been purchasing recently.

India is, therefore, firmly in the US orbit. Not only that, India is also aligning with the US militarily to accomplish what the US Secretary of State, Mike Pompeo, described as ‘protection of the sovereignty of the Indo-Pacific.’

The most recent manifestation of this was India’s participation in a joint naval exercise with the US, the Philippines and Japan. Although the US is a long-term ally of Japan and the Philippines, India has never been a party to any treaty involving a joint defense of the Indo-Pacific. Its participation had raised eye-brows in Beijing as the exercise was an explicitly anti-China venture.

Mike Pompeo was quoted to have said that the US is “banding together like-minded” States such as India to “to make sure that each Indo-Pacific nation can protect its sovereignty from [Chinese] coercion.”

India’s participation in a South-China sea affair is as awkward as it is revealing about the new ‘depth’ of relations with the US. Let’s not forget that India has nothing to do with South China Sea issue. Along with China, portions of the South China Sea are claimed by the Philippines, Vietnam, and Malaysia, as well as Taiwan, an island nation which Beijing considers part of its territory.

India participated in the exercise only to underscore its partnership with the US and deepen its relations with Washington.

Yet the ‘depth’ of the relationship has not paid off. India has had to stop buying cheaper Iranian oil. This has left a big question mark over India’s ability to conduct an independent foreign policy.

For now, it seems that the US is all over India and is comprehensively taking over India’s ability to manoeuver its foreign policy as per to its own national interests. 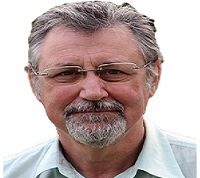