The Indian Border Security Force (BSF) has been trying to force 10 Rohingyas into Bangladesh at Kasba upazila’s Kajiatali border area in Brahmanbaria.

The Rohingya group has been in no man’s land since Thursday morning.

Wishing to remain anonymous, an officer of Brahmanbaria BGB Battalion 60 told Dhaka Tribune that BSF is trying to push the Rohingyas into Bangladesh.

Currently, BSF and BGB battalions are holding meetings regarding the matter.

In the first week of September 2017—when unprecedented atrocities against Rohingyas were being carried out in Rakhine by Myanmar security forces—Indian Prime Minister Narendra Modi was in Myanmar on a visit. The leader of the largest democracy in the world did not condemn the atrocities, which were described by the then-UN High Commissioner for Human Rights as a textbook example of ethnic cleansing.

The Indian government initiated a move to deport members of the persecuted community, but India’s Supreme Court halted the move. About 40,000 Rohingyas live in different parts of India.

Taliban call on US to be ‘sincere partner’ in talks Indian PM Modi to address at Maldives’ Parliament on June 8 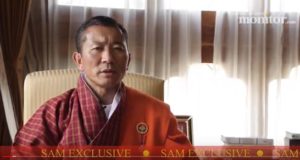 All offices of the South Asian Monitor will remain close on June 04-07, 2019, on the occasion of Eid-ul-Fitr.

There will be no publication of South Asian Monitor during this period.