Across the aisle: No questions please, we are patriots

SAM Staff
November 8, 2016
By P Chidambaram: A new social and political code is in the making: Don’t ask questions. It is the exact opposite of the ethos that was... More SAM Staff
November 7, 2016
By NIGEL GREEN: Hillary Clinton and Donald Trump’s race for the White House is entering its final phase. And Asia is watching carefully because the policies and... More SAM Staff
October 18, 2016
A blockade is a blockadeBut how long will it take for Nepalis to transfer the blame from India to our own inept political leadership Tsering Dolker Gurung 10 GOPEN... More
12Page 2 of 2

Modi’s regime is a lot of optics...

Having completed 60% of his five-year term in May this year, it is time Indian Prime Minister Narendra Modi was assessed both by the people of India and the regime itself. To win the next elections in May 2019, just two years down the line, Modi should... More

Losing the Script in Kashmir

The groundswell of public anger in the Srinagar valley is spinning out of control . For even those who don’t believe in statistics as an perfect indicator of trends , the figures of casualty in 2016 is far too high for comfort.  A RTI application by a... More

On the “bloody” Afghan Scenario

Yet again, Afghanistan is a spectre of violence. Yet again, precious lives have been lost due to the so-called ‘war on terror’ that has gripped the world since the fateful September, 11, 2001. What had started as a war to preserve democracy and liberal values has already... More

The Supreme Court’s (SC) seriousness of purpose in the PanamaGate case was evident from the brusque manner it dismissed Hussain Nawaz’s apprehensions of “personal bias” regarding two members of the JIT. The SC’s inference was clear, the PM and his family should come clean about the money... More

The fight over the sari clad statue of Themis, Greek goddess of Justice located in the Supreme Court premises of Bangladesh is both about clashes of cultures and politics that dominates the country. The demand by Islamists for its removal began after it was installed in December 2016... More

Delhi tends to use the word “transactional” pejoratively. This is particularly true of the Indian discourse on the partnership with the United States. The political elite of independent India had convinced itself that foreign... More

Trump pulling out of the Paris climate agreement is great news...

President Trump’s decision to withdraw from the Paris climate agreement caused anger and anxiety across the world, with one major exception: China. With the US stepping away from its role as a leader of the... More In what can only be termed an extremely ill-advised constitutional manoeuvre, the government of India has sought to effectively prohibit cattle slaughter across the country through rules made under the Prevention of Cruelty to... More 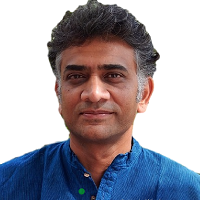 Why neighbours dislike or suspect India

A little under 30 years ago, after Vishwanath Pratap Singh became prime minister, he met with Sri Lanka’s president Ranasinghe Premadasa. Singh, a polite man, says he was surprised when the first thing Premadasa... More