As the world is experiencing impacts of global warming, different countries and national and international organisations are taking numbers of measures to tackle the challenges related to the climatic change. But three Nepalese youths chose a different path to promote green practices.

Nepal, the country in the world’s highest location suffered immensely due to the devastating earthquake in April 2015. The impact created by the monstrous earthquake had made three energetic Nepali young men to propagate the message of peace with nature in every continent in the world. The ignorance in protecting the earth has led to a conflict situation between humans and Mother Earth causing immense destruction to the environment globally.

So, with the broader outlook of creating awareness on maintaining peace with nature, three Nepali young men opted to carry the message of protecting the environment through cycling from their motherland Nepal.

The 21- year-old Anish Dhakal, an environmental activist, is the leader of the three member cycling team which has embarked on the mission of creating peace and reconciliation with nature from Nepal’s Mahendra Nagar city on 30 December 2016.

The Ceylon Today, a Sri Lankan newspaper, published a story recently on the cycling team after the team members visited the newspaper office on 6 February.

The cycling to propagate peace with nature by the three Nepali cyclists in their sturdy mountain bikes commenced on 30 December 2016 and they covered a distance of nearly 4,000 km before they reached Sri Lanka on 3 February.

The three cyclists braving the cold weather and the misty atmosphere first covered a distance of 352 km cycling their way through Uttar Pradesh and reached the Indian capital New Delhi on 4 January.

From the Indian capital the three men proceeded to the capital of the West Bengal State Kolkata.

Though their journey on two wheels from Nepal was strenuous, they enjoyed every moment of their mission interacting closely with the people of various ethnic, cultural and regional background.

From Kolkata the three cyclists arrived at Benapole, a border city of Bangladesh, on 21 January and from there they arrived at continued their journey to Bangladesh capital Dhaka.

Bangladesh’s premier cycling association, Bangladesh Cyclists, had been very appreciative of the mission carried out by the three Nepali cyclists and the association was all out to help them.

As the three cyclists had covered almost all the terrains in the Indian subcontinent they were badly in need of tyres and tubes for their bikes. So, the Bangladesh cyclist association helped them with giving bicycle tyres and tubes free of charge.

The team leader of the cycling mission Anish Dhakal, 21, and his colleague Dilip Chettri, 22, are students of Business Studies in Kathmandu. The third member Nirmal Baral, 38, the oldest of them, is a business graduate and a social worker.

According to Nirmal Bara who is the oldest member in the cycling team and a father of two children, said his family is very supportive of his mission and it encouraged him to go ahead with his mission.

Most of the time the three men were eating chocolates to keep them fit when they were cycling.

The three men arrived in Sri Lanka from Bangladesh by air on 3 February.

They had even participated in a bicycle parade to mark the Independence Day of Sri Lanka on 4 February.

When they arrived at the Ceylon Today office on 6 February they did not show any signs of fatigue. They narrated their pedalling experience with great enthusiasm and were full of praise for Sri Lankan hospitality.

“When Sri Lankans came to know that we were from Nepal, they treated us with great respect saying that Nepal is the birth place of the Buddha. Buddhism preaches a lot on protecting the environment. So, we can see Sri Lanka remains an eco-friendly country with plenty of greenery. It is amazing to see huge old trees in the commercial capital of Colombo. Compared with several other places in India and Bangladesh, the places where we cycled remain very clean. The people are concerned about the environment. The traffic system also remains effective in various parts in Colombo suburbs compared to the places we came across in India and Bangladesh,” Anish said.

The Nepali cyclists also went to the hill capital Kandy. Their overall view on Sri Lanka is impressive. They were full of praise for the friendly people and their concerns for protecting the environment.

During their cycle journey in Sri Lanka they carried the Buddhist flag to indicate that they were coming from the country of the Buddha along with the national flags of Nepal and Sri Lanka.

Their plan is to cover all the continents in the world to propagate the message of peace and reconciliation with nature.

They will be leaving Sri Lanka shortly to continue with their mission in Myanmar and from there to Thailand.

The entire mission has been worked out to cover a period of five years by the three Nepali cyclists and at the end of their mission they expect to bring out a book with their experiences gathered during their mission of saving Mother Nature. The ‘Banksy of Bangladesh’ is asking someone called Subodh to run away, but why? 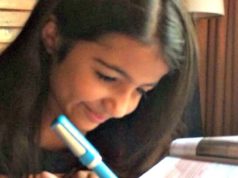 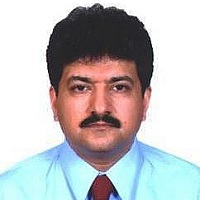