In mid-January, a week before he resigned as U.S. Ambassador to India, Richard Verma held an unusual dinner at his residence, inviting the Minister of State for Home Kiren Rijiju as well as the Sikyong, or Leader of the Tibetan ‘Government in Exile’. It was a small sit-down event, and was clearly no ‘accidental meeting’. The Ambassador could hardly have been working without the approval of the government, and if he had, the Ministry of External Affairs has chosen not to comment in the weeks that followed. What’s more, the dinner follows a series of interventions by American officials on India-China issues in the past few months.

Mr. Verma made waves by becoming the first U.S. envoy to visit Tawang in Arunachal Pradesh in October 2016, a visit that drew a sharp response from the Chinese Foreign Ministry about “third parties” interfering.

His visit followed comments by U.S. Consul General Craig Hall, during a visit to Arunachal, in April referring to the State as an “integral part of India”. The comment was accurate, and a boost for New Delhi’s claim, but diplomatically speaking, unusually forthright. Also in April, the government let in the U.S. federal government’s religious freedom body (USCIRF) commissioner Katrina Lantos Swett to attend a conference in Dharamsala for Chinese dissidents, including Tibetans, Uighurs and Falun Gong activists. And in June, Thomas Shannon, then U.S. Undersecretary of State, visited New Delhi, warning that China’s actions in the South China Sea were “madness” and its next “target” was the Indian Ocean.

In the absence of a pushback from New Delhi, the impression created is that it is allowing, possibly even encouraging, the U.S. to be its voice on what are essentially bilateral issues between India and China. At a time when India and China have had major differences over a series of issues, allowing an external voice into this bilateral equation can only drown out India’s own.

Unfortunately the U.S. is not the only country making itself heard in this equation. Australian and Japanese experts as well as Indian think tanks are increasingly articulating the need for their trilateral with India to go further, calling for a strategic “middle power coalition”. First, India is not, nor is it likely to be a treaty ally of the U.S., as Australia and Japan are. Second, such a coalition would necessarily be considered a front to counter Chinese maritime hegemony. While Indian naval presence would boost efforts to police the South China Sea, the other members of this coalition would hardly be able to help India on its most prominent frontier with China, the unresolved Line of Actual Control. In short, to allow these so-called middle powers to speak for India is a mistake equal to that of allowing any big power to do the same.

Today, India and China square off or have conflicts on what can be called three-and-a-half fronts. The land front, where they have fought one war in 1962; the maritime front, where the U.S. and its allies want India to take part in joint patrols to confront China’s naval ambitions; India’s neighbourhood, particularly Pakistan, where Chinese investment is altering bilateral equations; and the Tibetan front, which could be considered a half-front.

Fortunately, despite the lows of the past year, including the impasse where India singled out China as the “one country” inhibiting its progress into the Nuclear Suppliers Group, New Delhi and Beijing have kept their bilateral engagement steady. As Foreign Secretary S. Jaishankar heads to Beijing this week for the newly created Strategic Dialogue, it would be hoped that relations will be brought to an even more steady bilateral keel, especially as India charts its course in the foreign policy-scape rocked by the uncertainties of the new U.S. Presidency. It would do well by following the Gandhian principle that “true power speaks softly, and has no reason to shout.” Nor does it need to employ the voice of others, or use frivolous pinpricks when serious issues are at hand.

India agrees to hold talks with Kashmiri leaders. Why?

For a country blessed with many rivers, the perennial scarcity of water in Pakistan is because of the shortage of storage capacity. While problematic presently, a full blown crisis is not so far in the distant future.... More

More than anything else -- and much less than breaking the ice -- the US Secretary of State Rex Tillerson’s visit to Pakistan, which lasted for four hours only, was more or less a repetition of what... More Why is Indian Prime Minister Narendra Modi saying he can drink poison for the 'good of the country'? Such a desperate pronouncement from someone claiming a 56-inch chest does suggest the aggressive leader and powerful orator is on... More 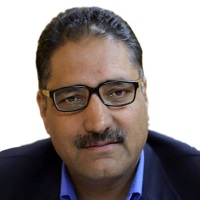 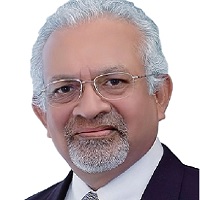 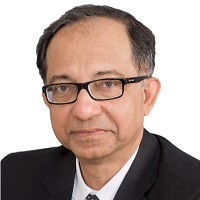