Indian Prime Minister Narendra Modi along with his Foreign Secretary Subrahmanyam Jaishankar led a huge diplomatic effort round the year to enroll  Delhi in the Nuclear Suppliers’ Group (NSG). They met Chinese President Xi Jinping considering Beijing as the main ‘obstacle’. Their effort still could not bring anything hopeful for the county. The NSG was unable to reach a consensus on granting India membership within a short time - it became clear after the group’s latest meeting in Vienna.

Although the meeting was meant to discuss the technical, legal and political matters relating to non-NPT members’ (India and Pakistan) accession to the NSG.  The Indian case took the spotlight because of US pressure for getting India into the group before the end of the year.

The extraordinary plenary session of the 48-member group on 11-12 November had been specially convened for this purpose. According to media reports, at least 12 NSG members at the meeting called for a criteria-based approach. The countries included China, Turkey, Kazakhstan, Belarus, Italy, Ireland, Switzerland, Austria, New Zealand, Belgium, Brazil and Russia.

The process around offering membership to India is not new. It was set in motion back in 2005 with singing of the Indo-U.S. nuclear deal. For the first time, the US signed such a deal with a non-NPT state like India. Since then, the US took side with India for granting NSG membership to the country. Expressing concern, many countries objected that granting India membership might set a poor precedent.

The NSG was founded in response to India’s 1974 nuclear test and it has worked for decades to prevent the sharing of technology that could contribute to further spread of nuclear weapons.

China is strongly opposing to take a non-NPT state in the group. Even India considers China a major obstacle to her NSG membership.

In the Vienna met, China maintained that any formula worked out should be non-discriminatory and applicable to all non-NPT states. It should not contradict the core value of the NSG and its effectiveness and the customary international law in the field of non-proliferation, said a report by the DAWN, a Pakistani daily.

Many in the US are also against granting NSG membership to India. In June, during a Congressional hearing, Edward Markey, a Democrat senator from Massachusetts, had opposed India’s inclusion in the 48-nation club, Press Trust of India reported.

“If membership was awarded, India would have been the only non-NPT state in the group. That would be weakening the NSG’s commitment to the treaty. By refraining from admitting India, the NSG strengthened both the treaty and the broader global nonproliferation regime,” Markey said.

The reasons for a strong American support for India’s NSG membership are basically strategic. Washington keens to secure a closer relationship with New Delhi to counter a growing China with global ambitions. Moreover, the US sees commercial opportunities in letting India into the NSG, considering the struggling American domestic nuclear industry.

India, for its part, views NSG membership as an important sign of international prestige. On the other hand, Pakistan objects to India’s inclusion in the NSG from a security point of view. It fears that India’s NSG membership could improve its access to nuclear technologies, which could have an impact on its nuclear weapons program. Additionally, India has not accepted limits on its fissile material production or a ban on nuclear testing.

Pakistan further believes that Indian entry into the NSG will have a negative impact on the strategic stability in South Asia. It would not be possible to prevent the non-NPT country from a massive arms buildup.

Despite the support from the most NSG countries including the US, India’s records regarding the nuclear program itself are a barrier to the membership to the group, many feel. Plutonium from the Canadian-provided CIRUS (Canadian-Indian Reactor Uranium System) research reactor, intended for civilian energy production, was used by India for its first nuclear test in 1974. It raised fears globally that nuclear technology intended for peaceful purposes could be misused. This soon led to the establishment of the NSG.

Thus, in the Vienna session, there was a growing support for developing criteria for non-NPT states. China proposed for a two-step approach for new admissions which involved developing criteria in the first stage and then inviting applications for membership.

There are also concerns among the international community over India’s nuclear safety record. In its 2016 rankings, the Nuclear Threat Initiative ranked India 21st out of 24 countries. The rank was measured on the security of its nuclear material from theft.

Consequently, the security analysts feel that India should be granted NSG membership following the custom of signing the NPT. Otherwise, it could have a risk of negatively impacting global nuclear security.

The NPT is an important pillar of the NSG, wrote in an article of the ‘South Asian Voice’, a Washington-based diplomatic online magazine.

“The objection to India’s membership must not be seen as only political opposition by China and Pakistan. The NSG must stand by its mandate to avert the sharing of technology that could create additional risks of the proliferation of nuclear material,” wrote the magazine.

It was the second time in a year that an NSG plenary ended without an agreement on the question of membership of non-NPT states. The Seoul meeting ended in June this year deciding to continue deliberations on the “technical, legal and political aspects of the participation of non-NPT states”. 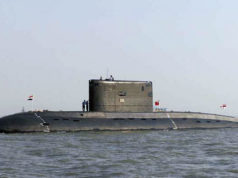