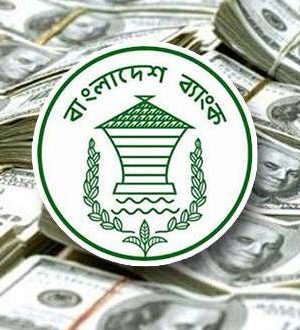 Bangladeshi investors are getting relaxed foreign investment opportunity without any specific policy. Bangladesh Bank will oversee investment on the case-to-case basis. No circular will be issued regarding how the permission will be considered. Analysts say that this will increase money laundering and pressure on foreign currency reserve. According to the existing policy of Bangladesh Bank, Bangladeshi currency investors do not have uninterrupted access to international transactions.  If one is willing to invest one must follow some rules and regulations. In that case, a businessman can take up to 30 thousand dollars a year for expanding his business, opening liaison offices or subsidiaries in other countries. In addition, any amount of merchandise import with LC, spending 12 thousand dollars in tourist purpose is also allowed. Officials mentioned that business now faces a lot of hassle if they want to invest internationally with the central bank’s permission. So, a new opportunity will be created if the process eases up. However, if no concrete rules are in place, then the country will suffer financially especially pressure on foreign reserve will be severe. Therefore, parties concerned talk about a relaxed regulation for international transaction.

A former deputy governor of Bangladesh Bank said the decision to open the door for this type of investment will not be sensible. Because sudden overseas investment will strain county’s reserve, which in turn affect the whole economy. At the same time, the domestic investment might see a downfall. He recommended creating a separate policy if this decision is taken. Under this policy, dealers will be carefully selected from the interested parties. Market demand for their product will be assessed. Otherwise, the investment will not have a favorable outcome.

In 2013, for the first-time “Mobil Jamuna Lubricants Bangladesh Limited” was given permission for overseas investment. MJL & AKT petroleum company was formed for this purpose. A Burmese company associated Bangladeshi investors. Bangladesh Bank allowed MJL to take $510,000, while $490,000 was invested by Myanmar’s AKT totaling investment of  1 million dollars. Dulal Brothers (DBL) group from garments sector is another company which was allowed to invest 3 million dollars in Ethiopia. It was mentioned that they can invest additional 32 million dollars, 10 million of which will be taken from Bangladesh and the remaining amount will be borrowed from various Ethiopian banks.

Bangladesh bank also allowed ACI health care to invest in export retention quota (ERQ). The company invested 447 thousand dollars in that country’s Catalent Pharma Solutions, Medicare Pharma, and Servense Ins.  Square Pharma was given the go-ahead to expand their business in the USA and invest 5 million dollars for the purpose.  Before that, Incepta Pharmaceutical was permitted to invest overseas. The company will set up a subsidiary of its own in the UK, investing £10,000 and €2,500 for building a joint venture investment company in Estonia. Apart from these few limited companies, Bangladesh Bank has not allowed other leading investors in Bangladesh who also appealed for overseas investment permission.

One of the examples is Nitol-Niloy group that wanted to invest in agricultural land of Uganda but did not receive permission.  Summit group requested for approval to set up a shipyard in Singapore, Deshbandhu group wanted to establish a sugar-mill, Megna group sought permission to purchase land in Cambodia and set up a new industry. Besides Pran group applied for the opening of a new company in India, which was also denied. Why the central bank did not approve their investment proposals was not specifically mentioned.

Sources speculate that many of these companies will be permitted to move capital abroad under this new decision. Because many government supporters are trying to legitimately shift capital abroad. They will use the opportunity. In the past, the central bank’s case-to-case decision-making was heavily influenced by political consideration. A repetition might be seen here too. 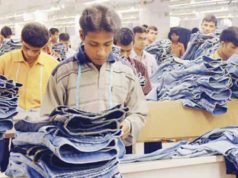