There is a lot of curiosity about how the Donald Trump administration may deal with Pakistan and the broader South Asian region. But there is too much uncertainty still for political analysis to produce anything truly meaningful in response. More useful would be to explain the various nodes of uncertainty and narrow down the focus of the discussion to developments that would matter most in terms of shaping the US’s South Asia policy.

The most obvious unknown is Trump’s approach to policy issues. If one is to believe the greats who have held this or equivalent offices around the globe, being in such positions compels one to adapt and change. Each individual tends to respond to the demands of the job differently but few manage to march on exactly as they want to. The uncertainty is bound to be greater when dealing with a candidate who has never held public office before.

Policy management styles can provide early indication of how important issues may be tackled. But we don’t know enough. One is unsure of the nature of the interaction between the Trump White House and agencies like the State Department, Pentagon, CIA and USAID. Will the president’s national security council take a hands-on approach to key national security and foreign policy issues? If so, it may make the other agencies somewhat less important. Or will the vice president’s office be more empowered? The idea has made the rounds and would be fairly novel. But it would leave us with even less to predict comfortably.

Next, the top cabinet picks that everyone seems to be focused on may matter less to South Asia than some other parts of the world. The region is unlikely to be a key priority unless something major — probably something bad — puts South Asia back in the headlines. For tier two and three priorities, the working levels of government agencies tend to be far more relevant. So we’d have to know more about who’s in the running for slots slightly lower down the pecking order at the State Department and Pentagon to determine where this may leave Pakistan and its neighbours.

There are added bureaucratic complexities when it comes to the US government’s handling of South Asia. Ever since 9/11, the US has sought to de-hyphenate its ties with India and Pakistan while hyphenating Afghanistan and Pakistan. As secretary of state, Hillary Clinton carved out a bureaucracy to reflect this by appointing a special representative for Afghanistan and Pakistan affairs and drawing a fairly solid line between this office and the rest of the South and Central Asia (SCA) bureau that dealt with India and the other Saarc countries.

Pakistan has never fully warmed to the idea of being de-hyphenated from India and some in the Foreign Office felt it fitting for Pakistan to be folded back into SCA. These are two very different bureaucratic arrangements, with their own peculiarities. Being in SCA would perhaps imply reduced attention on Pakistan, but this may not be the worst thing at a time when there are little prospects for convergence of US and Pakistani policies in theatres like Afghanistan and India. It is unclear if there are any plans to move in this direction.

The Pentagon is less uncertain in terms of India-Pakistan issues. The two countries fall under different military commands, and this forestalls a hyphenated approach. On the other hand, Af-Pak remains hyphenated and both countries fall under Centcom. The Pentagon’s dependence on supply routes into Afghanistan was Pakistan’s trump card in the military-to-military relationship for years. That dependence is all but gone, and could lead to a less patient approach to­­wards the Pakis­tani security establishment going forward.

Congress is perhaps the most predictable of the spaces to watch. There is ample reason for Pakistan to worry here. While its importance is recognised on Capitol Hill, the narrative is largely shaped by US interests in Afghanistan and the belief that Pakistan hasn’t done enough to quell cross-border movement of Afghan insurgents. A harsher take has been threatened for long and could become reality. India’s assertiveness vis-à-vis Pakistan also finds resonance on the Hill. This isn’t likely to change.

Finally, South Asia has become progressively less important for Washington’s think tanks. There has been a shift in focus towards the Middle East and issues related to the militant Islamic State group, and Russia and China have picked up momentum more recently. Lack of attention in this arena usually implies less policy debate in the public space. Pushed too far, it could result in indifference and policy paralysis. But it has also been known to create opportunities for quieter diplomacy and to lower political costs for out-of-the-box options to improve ties. This may be an opportunity for US-Pakistan relations.

[The writer is a foreign policy expert based in Washington, DC. Published in Dawn] 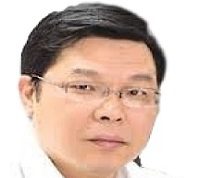