Any contemporary situation appears to follow a pattern described by Shakespeare centuries ago. The third act of his plays is the ‘climax’, which is characterised by acute complications in the story, with no clear indication of future events. Having introduced the dramatis personae in the first act and revealed their concerns and intentions in the second, the Bard is at his creative best in the third act. The situation gets from good to bad and from bad to worse and the spectators breathlessly watch things go wrong in a bewildering manner. They have to wait for the fourth and the fifth acts to witness the denouement, whether it is wedding bells or funerals.

Prime Minister Narendra Modi’s foreign policy in the middle of his term is very much like the third act of a Shakespearean play. The entry was dramatic, full of surprises and even exciting. He strode like a colossus on the world stage with his freshness, energy, decisiveness and oratorical skills. India became visible, active and even assertive. His optimism was contagious and the whole country began anticipating the good times he promised. India would not be a mere spectator on the seashore of world affairs but a participant, claiming its legitimate place on the table. He took the bull by the horns, whether it was Pakistan, China or the United States. Lack of diplomatic experience appeared to be an asset rather than a liability — the first act was perfect.

Hesitations of history loomed large and quick fixes were not available. There were too many boxes crying out for standard solutions as he searched for out-of-the-box outcomes. All the charms he tried on Pakistan and China went unrequited. But there was joy in the progress made in certain countries, where he followed the path laid by his predecessors.

In today’s third act, Mr. Modi is sadder, but wiser. The confusion of the Shakespearean climax has gripped him. On the one hand, he is receiving dubious praise from the world that he is the one who set off the trend towards the Right in 2014, leading to Brexit and Donald Trump’s election as U.S. President. On the other hand, the advent of Mr. Trump has brought the whole world to a standstill, jeopardizing even the new symphony he had painstakingly choreographed with President Barack Obama. An evergreen friend, Vladimir Putin of Russia, appeared not just sulking, but also flirting with China and Pakistan to spite Mr. Modi. He had to be pacified with huge military contracts and an assurance that old friends are better than new ones. But, even at the recent Heart of Asia conference in Amritsar, the Russian envoy stated that the allegations against Pakistan by India and Afghanistan were totally baseless. It is clear that the fissure in India-Russia relations remains serious.

With Pakistan, neither the charm offensive nor the surgical strikes have made any difference. The situation is worse than it was in 2014, when the ceasefire was in force and the terror attacks were not frequent. The policy of the previous government that no comprehensive dialogue was possible without ending terrorism, often violated by India itself off and on, was completely disregarded by Mr. Modi when he invited Pakistan’s Prime Minister Nawaz Sharif to India, proposed Foreign Secretary-level talks, held National Security Adviser-level talks and sent the External Affairs Minister to Islamabad to propose a comprehensive dialogue. The surge in terror attacks prompted the surgical strikes, which Pakistan refused to even acknowledge.

Intermittent shooting on the border, expulsion of diplomats, and India’s open support to Balochistan and boycott of the SAARC summit have brought the two countries to the brink of war. The lesson learnt was that 70 years of animosity and conflict cannot be wished away without major concessions on either side.

The whole castle in the air that Mr. Modi built in his first address from the ramparts of the Red Fort about the progress to be achieved by the combined efforts of SAARC countries lies shattered as the future of SAARC itself is uncertain. India invited BIMSTEC (Bay of Bengal Initiative for Multi-Sectoral Technical and Economic Cooperation) members to interact with BRICS and not SAARC precisely to encourage a regional group without Pakistan in it. Another latent issue in SAARC was the possible admission of China. A majority of the members argued that since India and Pakistan were made full members of the Shanghai Cooperation Organisation, a similar courtesy should be extended to China. Had the Islamabad summit been held, India would have been alone in opposing China’s admission.

The bilateral scene with China looks less troublesome, but nothing has changed for the better in India-China relations in the last 30 months. The China-Pakistan collusion continues and the long-term measures being taken by Beijing such as the ‘One Belt, One Road’ initiative are designed to dominate the whole of Asia. Mr. Modi, on his part, has made no secret of his inclination towards the U.S., Japan and Australia and his concerns about the South China Sea. But happily, there have been very few incidents on the border and the economic activities continue, though the balance of trade is in China’s favour. The situation on the western front should be a matter of satisfaction for Mr. Modi. The designation of India as a major defence partner has taken India-U.S. relations to a higher level, which entitles India to the same facilities for technology transfer as the allies of the U.S.

Mr. Trump is unpredictable, but available indications are that except on migration issues, India-U.S. relations will remain strong in the future. Mr. Modi has his work cut out for him in befriending Mr. Trump in his fourth act.

All eyes on the endgame

The mixed picture on foreign policy that we see is an inevitable consequence of extraordinary global developments and initiatives taken by Mr. Modi. The final judgement on his foreign policy shall have to await the correctives he will apply in the remaining part of his first term. The complications resulting from demonetisation have affected Mr. Modi’s image, but his reputation as a man of decisive action has remained intact. Like a Shakespearean hero, Mr. Modi appears entangled in a web of intricate issues in the third act, but the remaining acts will determine his impact on the global scene. 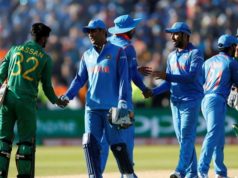