En route to the Pakistani food festival in Colombo last month, a Tamil Brahmin friend tags along unwillingly, vowing that he will starve.  He visualizes chunks of meat in virtually every dish. He also fears that the food will be bathed in oil and that he would suffer a cardiac arrest before the dinner is over. He wants to go back home and eat sambar and rice. He does not want to die.  His virtual tantrum is however short lived. One hour later he is calmly tucking himself to an array of vegetarian dishes that could have competed with the best of buffets done specifically for vegetarians. He opts for silence and many servings and has virtual amnesia about all his previous fears. No, of course he expected some great vegetarian dishes…

Despite being a vegetarian,  and having come to the festival expecting that there would be at least a couple of beefless, fishless, chickenless dishes, I am however more than pleasantly surprised at the wide spectrum of Pakistani vegetarian dishes, cooked with obvious adherence to health benefits such as low quantities of oil and vegetables cooked in a manner that their freshness is not lost.

To meet the mastermind behinds the Pakistani Food Festival, celebrity Pakistani  Chef Mehboob and speak to him, is meanwhile educative, even as it was educative for my Brahmin friend that food of different cultures, like people, should not be blindly stereotyped.

“Food of every country has some kind of stereotype. We tend to think Thai food is too spicy for the palate as we tend to think the same of Sri Lankan food. And  many think  that Paksistani food is only meat based or too oily,” he laughs.

Although not associated with vegetarianism in particular, Khan, who uses extensive travel in his country to explore  the diversity in food, explains that he drew on a lot of recipes from rural Pakistan where the diet is  widely plant based  and where the standard of health is far better than the city. He reveals that the sole purpose of him choosing the art of cooking over a career as a medical doctor was the untimely ill health and death of his father at the age of fifty six.

Opting to direct the culinary choices of people so that their dependency on doctors would be minimized, (rather than  being a doctor who will benefit monetarily from unwise food choices of the masses), Khan believes that eating healthily, even with the standard meat dishes which is commonly consumed in Pakistan, is possible, depending  on the manner of cooking.

Chef Mehboob, as he is popularly known in his home country,  is today a celebrity figure in Pakistan, through his many TV shows such as the Masala TV series and Good Healthy Life, that had gained much popularity for him over the years. He is also the author of the cookbook Food for Life, the first health focused cookery book of its kind which brought him recognition as a health-food expert.

“When I set out to create my recipes, I used travel as my teacher. I still continue to travel widely. Having travelled throughout Pakistan, I use a lot of recipes from extremely rural parts of the country that most Pakistanis may not visit or know much about,” he explains stating that  in places such as the Hunza valley in Gilgit – Baltistan in the north most region of Pakistan, there are over thirty five plant based dishes which is popularly consumed and just one or two meat based dishes.

“In areas such as Hunza, the food is often cooked in almond oil and there are intricate ways of preparing each dish. Some dishes are complicated to prepare because of their very simplicity, a simplicity that is however based on precision; a minute of overcooking could ruin the recipe,” points out Chef Mehboob.

Although his parents are Pathan descendants from Mandokhel in Balochistan, Mehboob was born and raised in Karachi in a family that encouraged cooking and did not see it as a chore solely for women.

“My father used to love cooking and I started cooking at the age of seven. The food of Balochistan is rather bland but we loved experimenting with different ways of preparing the same dish,” he says, explaining that even popular dishes such as Palak Paneer tastes different when it is made in the simplest form of light steaming and grinding the spinach so that all the nutrients are retained.

It is his inherent love for developing  good cuisine as a hobby that made him abandon a potential career in medicine despite scoring high on his pre-medical exams.
And his fate was sealed when he answered a hotel management job nearly thirty years ago, without informing his family. To ease the mind of his parents, he had  later mentioned the salary of the Western chef whose remuneration was at an international scale.

“They did not know then that my actual salary when I started at an international hotel chain was just a pittance and was glad that my pay would be akin to that of the foreign chef!,” he reminisces but does not regret his decision. He has since then served five star hotels in Pakistan as well as restaurant chains in western countries and carved out for himself a niche in the  business of food, working on developing different brands and projects related to goals of eating healthily. Some of the recent food related projects he had been involved with include the ‘lunch box challenge,’ that was aimed at changing the food pattern of students and replaced pizzas and hamburgers with tasty but healthy options.

Apart from his ambition of making food a healthy as well as delectable reality, he also feels food could be used to unite people and nations. His optimism and sentiments are not thwarted despite the refusal of a visa to India to officiate as a judge at a food based competition (even though the hosts had pleaded for a mere twenty four hour visa and vouched for his return to Pakistan soon after the end of the competition).

A strong believer that food is about people, he prefers to eat in the smallest of eateries and experiment with street food, to get an idea of the diverse spices that are used and often feels that the food in five star hotels are rather  too sterile and bland in taste.

Having led the Pakistan food festival in Sri Lanka for the second consecutive year in 2017, Chef Mehboob feels that  it is time the street food geniuses of SAARC countries unite to organize diverse inter-cultural food festivals that will, he hopes, eventually break through the man made visa barriers and overcome fear of each other, uniting the region through South Asia’s unique food. 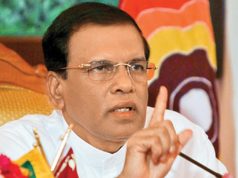 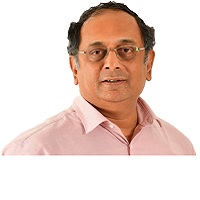