China and its growing influence in South Asia was the focus of India’s top diplomat Subrahmanyam Jaishankar’s  three-nation tour (Feb. 18-24).

The Indian foreign secretary participated in India’s first strategic dialogue with the Chinese government at Beijing, which Delhi welcomed as a mechanism to take a ‘holistic view’ at the complicated bilateral relationship. Jaishankar’s visits to Sri Lanka and Bangladesh were aimed at reinforcing India’s influence in the two countries that brought to the fore Delhi’s strategic competition with Beijing in South Asia.

Delhi considers the region as its own backyard but Beijing has actively sought to make inroads there in recent months. That worries India  because over the past one year, bilateral relations between India and China has worsened. India has been severely frustrated by China’s refusal to approve the UN Security Council resolution to sanction Masood Azhar, founder of Jaish-e-Mohammed that India holds responsible for the terror attacks against military bases in Indian Kashmir. India is also at a loss as to how to get China to not veto its accession to the Nuclear Suppliers Group. India is also worried over reports that indicates China’s going ahead with the Economic Corridor with Pakistan through a part of Kashmir that India claims. That means China recognizes Pakistan’s sovereignty over the contested area.

So whatever the explicit focus of the strategic dialogue, India left no stone unturned to drive home the point that Pakistan is the spoilsport in Sino-Indian relations.

Now with Pakistan’s own crackdown on terror (the house arrest of India’s bete noire Hafiz Saeed) , India may be hoping for some action against Masood Azhar as well. So far that has not happened, but Indian efforts to lobby China on one hand and expose its duplicity in the fight against terror on the other are likely to intensify. So when the Chinese pointed to the ‘lack of consensus’ on Azhar in the UN, Jaishankar pointed out that China was the cause for that because it was the only country blocking the proposed sanctions.

Indian diplomats say Jaishankar did some plainspeaking with the Chinese, but he also listened patiently to Chinese concerns about India’s growing involvement in the South China sea, developing closer military ties with the US, Japan and Vietnam and its hosting of a conference last year that brought together Tibetans, Uighurs, Falungongs and anti-Beijing dissidents (and also the US head of a key committee on religious freedom). China has also raised issues like problems its companies face while investing in India. But India tries to project all these as the fallout of China’s aggresive behaviour, rather than deliberate initiatives. That is what Jaishankar tried to explain to the Chinese — blocking sanctions against Masood Azhar widely held responsible for the Kashmir terror attacks or preventing India’s entry into the Nuclear Supplier Group inflame public passions back home and no government in India can ignore that, because they impact on electoral fortunes. That may not convince the Chinese but may provide some ammunition to the pragmatists in the Xi Jinping government to consider gestures to ease the tense relations somewhat. No evidence of a change on any of the vexed issues have however been seen so far.

India is worried over rising Chinese influence in Sri Lanka. Beijing increasing military aid helped the Sri Lankan government win its long civil war against the Tamil Tigers in 2009. Then president Mahinda Rajpakse returned the favor by granting China control over key port projects, including the Hambantota port and the surrounding 6,000-hectare (15,000-acre) industrial zone. But after Rajpakse lost the elections, many Sri Lankans have protested against China’s growing involvement in their country. India hopes to cash in on this disquiet and launch its own infrastructure projects in the island nation. The $800 million loan for the Northern Railway Rehabilitation Project is evidence of a complex Indian initiative to help Sri Lankan Tamils but also maintain balance with the majority Sinhalese.

Jaishankar played that balancing game when he urged the Tamil leaders to mute their recent calls for merging the northern and eastern provinces into a Tamil majority region. The Tamil National Alliance has been pushing the Sirisena government in Colombo to include the merger in the country’s new constitution. That drives home the key feature of Indian diplomacy in South Asia — mixing economic development initiatives with playing key political cards like the Tamil factor in Sri Lanka.

In Bangladesh, on the last leg of his tour, Jaishankar was able to finalise Prime Minister Sheikh Hasina’s visit to Delhi in April. This visit has been twice cancelled — in December and February — and raised worries in Delhi about a key ally drifting towards China. Hasina has made it clear that she was wary of visiting Delhi unless she can ‘take back something’ for her people. Dhaka has signalled hard that Hasina expects a ‘positive development’ on the water issues — the Teesta river water sharing treaty and the Ganges barrage proposal. Delhi has okayed both and the Modi administration sees no compromise of Indian interests in either but West Bengal chief minister Mamata Banerjee, now a major opponent of Prime Minister Modi, has thrown tantrums and opposed both the projects.

The Chinese president Xi Jingping’s Dhaka visit last year was  a landmark — not only did Beijing sign up 27 deals ensuring an investment of more than $ 25 billion, but also got Bangladesh to unequivocally back the Xi’s signature ‘One Belt One Road Initiative’. Bangladesh navy’s purchase of two submarines has also worried Delhi of a growing Chinese footprint in a country run by someone Delhi has seen as a close ally. But Hasina, who has steadfastly delivered on much of India’s security and connectivity concerns, is beginning to lose patience. Delhi knows it is payback time, but cannot manage a troublesome state government run by a maverick woman leader.

Dhaka has been agog with rumours during Jaishankar’s visit about an impending 25-year defence treaty India is said to be wanting to sign with Bangladesh. Neither Delhi nor Dhaka has confirmed these rumours, but Delhi has been insisting on stronger military ties with Dhaka. Jaishankar seems to have finalised some agreements that will herald bilateral cooperation and facilitate economic development in many areas, but it is not yet clear whether he has been able to give Hasina any definite assurance of a ‘forward movement’ in the vexed waters issue.

But India has backed out on demands for reworking the bilateral investment treaty for securing its funding in the controversial 1320MW coal-fired Rampal power project close to the Sundarbans mangrove forest. Its EXIM bank was asking for it but the fallout of that was seen as unacceptable by the ruling Awami League, as it might have been interpreted in Dhaka’s political circles as lack of India’s faith in Hasina’s return to power in the next parliament polls. That bodes ill for the Awami League. Jaishankar’s reiteration of support for the Hasina regime does put to rest any speculation that India was worried about putting all its eggs in one basket.

Senior BJP leader and now Tripura state governor Tathagata Ray drives home the point as he passionately disagrees with the Vajpayee government’s courting of BNP leader Begum Khaleda Zia, which backfired badly. “In Dhaka, India has just one basket, Awami League and Hasina is our only trusted ally and she has not only done much for India but also displayed amazing courage in the fight against radicalism and fundamentalism.” Ray also pitched strongly for the Teesta accord, upholding Bangladesh’s rights as a lower riparian. That has fuelled speculation that the Modi government may be considering some ‘tough measures’ to push through the Teesta and Ganges barrage agreements. India’s water ministry officials have already gone on record saying India’s and West Bengal’s interest will be fully protected in these proposed accords and the Ganges Barrage may actually increasing navigability on the Indian stretch of the Ganges as well.

The speculation in Delhi is that much depends on the state polls in the key state of Uttar Pradesh. If Modi manages to swing it for the BJP, he might push Banerjee that much harder on the water accords with Bangladesh. Many read a lot into recent arrest of two top leaders of Banerjee’s Trinamul Congress party — Sudip Bandpadhayay and film star Tapas Pal — in ponzi scams as a move to arm twist Banerjee. But Banerjee is not an easy nut to crack — she is a product of the unusually combative Bengali street fighting politics evident on both sides of the border.

But Tathagata Ray raises another key issue — the Teesta accord is India’s sovereign commitment to a friendly neighbor, not a partisan issue. That raises the stake for Delhi to push through the water agreements. The success of Hasina’s visit to Delhi hinges on that.

Who Will Be The Next President of India?

China will fight back if India continues antagonism!

The spectre of ISIS is transforming the Afghan conflict

(Exclusive) While Afghanistan continues to struggle against the Taliban, the rising spectre of... More

Why India Should Scrap Parliamentary Democracy

India’s parliamentary system, inherited from the British, is rife with ineffiencies. By the... More 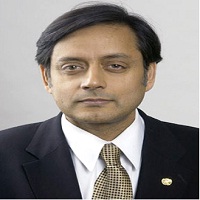 Punditry notwithstanding, all five Indian states that went to polls recently saw their... More

David Bergman, Brithish activist and investigative journalist based in Bangladesh commented on a... More