Not something we are used to reading about the Mughal emperor, but historian Audrey Truschke has a distinct take on the most hated of Babur’s successors. In her book, “The Life and Legacy of India’s Most Controversial King,” Truschke unpacks a side of Aurangzeb largely unknown to Indians. Locating his personality in the time during which her ruled, she analyses a part of Aurangzeb that is ruthless and benign at the same time depending upon political necessities. She spoke to indianexpress.com on the most reviled of Mughal emperors.

Was Aurangzeb really a religious bigot? If not, how else do you analyse his religious policies in your book?

According to modern definitions, Aurangzeb acted as a religious bigot in some ways. But he also acted in ways that we would describe, again using modern terms, as tolerant. Aurangzeb was not a modern man, and so it should be unsurprising that modern standards of bigotry do not advance our historical understanding of this Mughal king. In the book, I argue that we get far closer to grasping something of Aurangzeb’s world if we analyse his actions and policies according to his devotion to a set of pre-modern values, including piety, Mughal kingship, and justice, all of which were tempered by Aurangzeb’s seemingly insatiable thirst for earthly power.

Could you give me a few specific instances when Aurangzeb acted against the perceived image of a religious bigot?

Aurangzeb protected more Hindu temples than he destroyed. He employed more Hindus in his imperial administration than any prior Mughal ruler by a fair margin (50% more Hindus, proportionally, than Akbar had included, for instance). Aurangzeb asked Hindu doctors and astrologers for advice throughout his life, even in his final years. Aurangzeb also destroyed some temples, reinstitute the jizya tax, and, along with the Marathas, caused mass human suffering in central and south India. The goal for a historian is to make sense of all of these aspects of Aurangzeb rather than singling out only one side of this complicated king.

How has colonial historiography harmed the image of Aurangzeb? Please give some specific cases of history writing in this regard.

British colonialists depicted Indo-Muslim kings overall as undesirable and held up Aurangzeb as uniquely horrific so that British colonialism might shine by comparison. A good example of this tactic is Elliot and Dowson’s The history of India, as told by its own historians, a multivolume work that translated excerpts of premodern Islamic texts that were selected to display the alleged barbarity of Indo-Muslim kings. Elliot and Dowson were quite open about their goals in their prefaces. In volume one’s preface, for example, Elliot proclaimed “the supremacy of the British [colonial] Government” over “Muhammadan” kings who display “the vices of a Caligula or a Commodus.” Dowson’s preface to the second volume says that readers can expect to see, through the translated excerpts, “Musulman despotism.” Even today, many people still cite this problematic work of colonial propaganda with little regard for its pro-British, pro-colonial agenda.

Would you say that the image of Aurangzeb is used for political gains even today?

British colonialism finds few defenders in India today, but Hindu nationalists have gobbled up colonial-era depictions of Mughal history, including Aurangzeb, and spit them out in order to foster anti-Muslim sentiment. This embrace of colonial ideas is unsurprising given the history of Hindu nationalism, but it is deeply detrimental to the founding fathers’ vision of India as a secular state that embraced members of all religious traditions.

Why is Aurangzeb constantly pitted against Akbar as occupying two opposite ends of the political spectrum- one the good Mughal ruler and other the bad Mughal ruler?

The Akbar-Aurangzeb dichotomy persists, I think, because many people analyze Indo-Muslim history by ranking Muslim kings according to their supposed piety. The idea here is that Akbar was a good Indian emperor precisely because he wasn’t (in this view) very Muslim, whereas Aurangzeb’s piety crippled his ability to rule India. I think this is an impoverished way to think about the past, not to mention historically dubious.

While conducting research for your book what did you find most striking about Aurangzeb’s personality?

Aurangzeb seemed to be a bit blind regarding his sons. Specifically, he failed to see that by restraining his sons, the Mughal princes, he was undermining their position and thus weakening the Mughal Empire. I wonder why Aurangzeb, a man so skilled at ruling in many ways, did not grasp the importance of strong princely competition to the Mughal Empire. 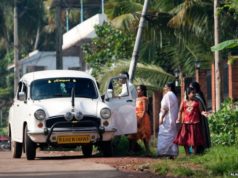 The people have voted; now, we hope

There is no doubt whatsoever that the victories in Uttar Pradesh (UP) and... More

Every now and then Durand Line, the border which divides Pakistan and Afghanistan,... More